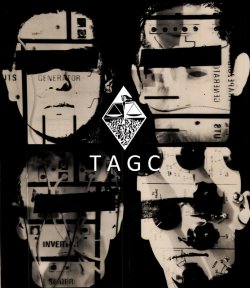 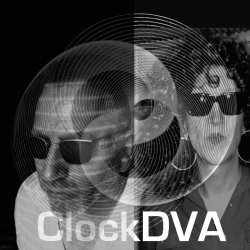 The original idea for the Anti Group was devised by Adi Newton & S.J. Turner as early as 1978, with the intention of the formation of a multi-dimensional R&D project active in many related areas. Research and development of sound/film/video/performance and the documentation of each project was the fundamental "Modeus Operandi". Like Clock DVA, inactive since 1994, the project has been brought back to life and you will have a unique chance to see TAGC live at BIMfest. We had a chat with Adi Newton, talking about the past, the present and the future of TAGC.

Hi Adi, can you explain what TAGC is all about?

This is a difficult question to summarise, so I am referring to a recent TAGC document as this is a more approximate summarization.

TAGC are not affiliated to any one system of philosophy or epistemological paradigm or occult fraternity but are open more to individual systems and innovative thinkers in Science, Art, Music, Sonology, Visual Arts, Literature, Research & Publication. These are its main areas of focus. Over the years ideas and occult philosophy of various individual practioners have been a focus of exploration and research within TAGC projects, but there are always connections to other areas of research within those projects. In some, our aim is to highlight and discover new connections and correspondences between systems of thought and the systems of technics similar to Bernard Stiegler's concept of technics which has emerged recently as an important contribution to studies of the relation between technology, time and the human spirit. By exploring the possibilities of the technology of spirit, to bring forth a new "life of the mind".

Strictly speaking TAGC are not a group, but a variable collection of individuals contributing under invitation and the directorship of Adi Newton.

A lot of your albums seem have a scientific approach, for example researching how music affects the mind. Why did you stop making those experiments? Your last album is from the mid nineties.

I never as such stopped, but was engaged in other areas outside of sound and music, more concerned with visual disciplines and other aspects of life and art. It was good to step outside of the arena, to research and do other things, because this gives you a wider experience and the ability to look at your work in a different way. There is a new TAGC album, the 3rd in the Meontological Research Recording series entitled Transmission from the trans-Yoggothian Broadcast Station. This has been developed over the last 3 - 4 years, this is due to the nature of the work especially the films and the techniques I use to achieve the visual depth. Also compositionally, it's like a form of alchemy which requires a distillation of ideas, and a process of time.The Meon 3 works are concerned with deeper levels of the subconscious mind and designed as invocation keys to help and aid ingress into outer realms of transcendental consciousness and imagination.

The meon 3 comes in the form of a hard back illustrated book with DVD, artwork photographs, and contextual essays, each chapter is a text expanding and explaining each paradigm contained in the Audio Visual piece.


It all seems very methodical. But improvisation also plays a very important part.

I have from the earliest days in DVA's formation employed intuitive and what the surrealists referred to as psychic automatism, to create audio and generate ideas to further enhance. Also other techniques based on aleatory and chance procedures. Sometimes improvisational techniques result in very complete and interesting results, other times suggest possibilities to develop further, I don’t have any fixed approach to creative work, but use what ever method or technique to reach a desired result.


Do you agree that TAGC is similar to Throbbing Gristle in the way that they also let improvisation decide a great deal of their music?

Yes I think there are similarities in our methods and conceptual approaches in the way we both explore and research and expand methods of creativity and the interests we share in certain areas but there are some big differences too. I hold TG very highly foremost as people as I have a lot of respect for them and the great work they pioneered and as a creative force which has produce some excellent works. I always felt their overall sound was limited in many ways where as TAGC was more diverse and the range in instrumentation and techniques is greater, an album like Digitaria which was recorded using full ambisonic systems for its production and realization, and Test tones, or the 3 X 12 inch releases Ha/ShT/Big Sex, explore a wider ranging audio scape in my estimation, but this is only my own personal feeling.
In any case both TG & TAGC have produced ground breaking works.


The visuals are mainly images from film noir and films by Dali and Bunuel. Why those images? Doesn't it become an art object that's more suited for a museum?

The only film piece that contain references and modified visuals from film noir and Bunuels 'Un Chein Andalou' was the Delivery. TAGC film work is very different. Burning Water develops new forms of visual expression. In that project which took 3 years to develop and film, specially constructed filter-lenses enabled filming through water. Inspired by the use of multiple montage techniques employed by Kenneth Anger. Each image in the film is taken from specific occult areas ,symbols and images, and up to quintuple exposures of the film i.e. five montage-levels then special computer software was used to treat the entire edited film and finally achieved the results, with a film which relates directly to the subconscious levels of the mind, a kinetic Rorschach-test, an exploration of the resurgent atavistic and sentient symbolic systems, used by Austin Osman Spare, "Burning Water" is an alchemical and technological enquiry into sub-states of being. A meontological visualisation beyond analytical analysis.


On youtube I saw your performance from inside a cube, separated from the audience by projection screens all around you. Don't you think that will create a distance from the audience, so it all becomes a passive experience?

The Cell was designed to be site specific and is only possible under certain conditions. Its semi transparency allows for further montage and other visual images to occur. The audience is aware of the presence of TAGC within the cell so there is still this aspect of direct human intervention and live creativity, the idea is also to enhance the idea of the group being a creative element rather than as a focus of attention. That way the audience gets the full visualization and sound of TAGC within the live context as at points you can see inside the cell and TAGC generating creative interaction. I don’t think it separates the audience completely. I don’t think it really creates a distance and in any case it's not something we will be doing on a regular basis. In fact as from 2012 TAGC will be concentrating on a new series of recordings and experiments and live performance will be limited to specific special events.


How do you make the emotional change between TAGC and Clock DVA? Or is a change needed because at the WGT festival the visuals seemed more or less the same?

For me the Leipzig performances were very special, the original plan was to do only the TAGC set in the cell as it is a TAGC set and not a DVA one, and then to reposition the screens in a more conventional position on the other stage which would have given a very different feel and presentation. But it would have resulted in a number of technical issues like the realignment of video projections and our own equipment. It would also have needed a sound check plus I was suffering from a trapped nerve in my spine which made it difficult for my mobility so it was decided to do both performances with the cell. Which I think makes the 2 performances similar in the sense of the same set up.

But you must be mixing up things a little as the DVA visual is different in concept and in images than that of TAGC Meon 3. I think it's perhaps a little difficult to really truly appreciate the event from a filmed document, especially the hand held audience ones, no official DVA edit has been posted but I intend to upload 2 edits in the next weeks.


What can we expect from TAGC at the BIM Festival?

Expect the unexpected as DVA is already developing the new material and its visual representation into a more developed way, the performances this year will be unique, as next year we will take some time at the beginning of the year to work on developing the new material and visuals which will be radically different to the ones we are currently projecting, as it’s a process of development through time and there is change in the process to find a new way to express the ideas and themes that are evolving. I am also bringing in a new member of DVA whom I will work very closely with to develop new visuals, we aim to employ new techniques and technologies in our research and development which will coincide with the new audio material and its conceptual basis. So any one attending the Bimfest will see something unique that won't be seen again.

CLOCK DVA • The times I ignored my intuitive feelings are the ones where I made mistakes.
DEADCIBEL • You simply can describe it this way: [de:ad:cibel] signifies loudly mixed and aggressive music!
CONTAINER 90 • When I describe our music for grandma...I say we play punk on synthesizers.
RELIGIOUS TO DAMN • I'm about pushing moods now, really intense ones, less timorously.
EVI VINE • That’s the story.… the reason we do this
WELLE:ERDBALL • They suddenly played Milli Vanilli and we just looked at each other and knew we had to do the music we wanted to hear ourselves...
PANKOW • All those people trying to achieve an eighties sound show have an appalling lack of creativity… trying to revive ghosts from the past !
PARADE GROUND • Body Farm are offering gigs of another dimension : the tearing off of one’s body to achieve some sort of choreography of chaos
SECTION 25 • Beth has a much better voice than me and is a lot easier on the eye...
AGENT SIDE GRINDER • I don’t really see us as a post-punk band. We’re more an industrial/electronic band.