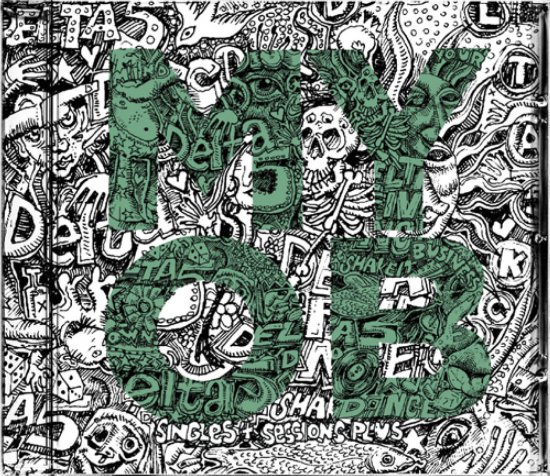 We might be getting old farts (nobody who can deny this) but in the times when we’re young (ha!) people have something to say.

From time to time it seems that the talk of the day doesn’t get any further than the latest mobile phone design and even if we’re pretty convinced that in those good old days people were only interested in the newest Ford Capri, we like to be naïve.

Delta 5 was a band as such and along with Gang Of Four, they can claim to be the most important post-punk band coming from Leeds.

They were than just some post punkers who got inspired by Ian Curtis as in a way Julz Sale, Ros Allen and Bethan Peters (bass), Kelvin Knight and Alan Riggs (guitar) were the first Riot Grrrl-bands of this planet.

Using feminist politics it certainly is no wonder Kill Rock Stars released in 2006 a compilation by them.

Of course they will always be remembered for their debut single, "Mind Your Own Business" which got released in 1979.

Their years of fame were pretty short as soon after their debut album “See the Whirl” got out, the band disappeared.

In times that post-punk has become hip again, it’s a quite clever idea to dig back in the past and seeing that Delta 5 were more than just that band with that radio hit! Therefore Blue Apple released an excellent compilation “MYOB” which gives you a pretty good insight how underrated and prescient they were.

Ahead of their time as they say and as a bonus you get some remixes from that famous hit, one is even done by the most famous post-punk bassist of all time, of course we’re talking about Hookey!