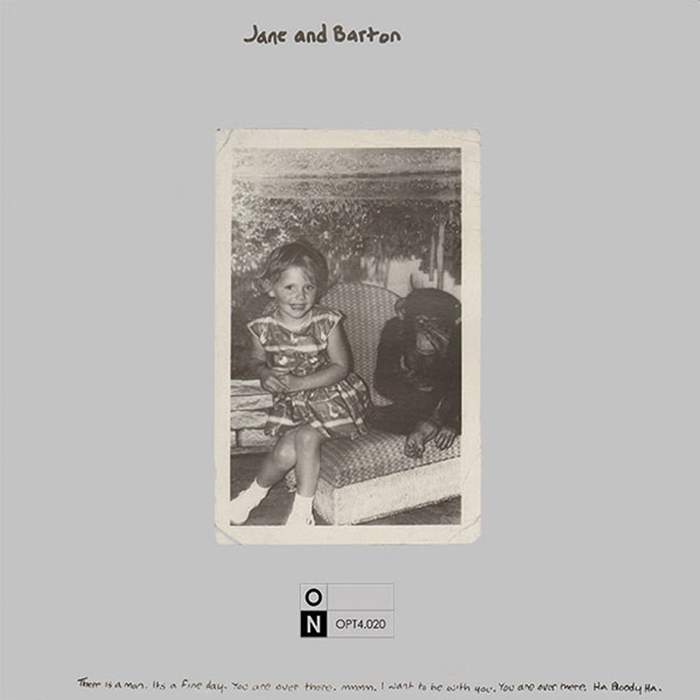 Sample geeks and fans of club music will already be familiar with the sublime track It's a Fine Day - Opus III covered it for their smash-hit of the same name, while Orbital successfully morphed a snippet of the vocal into their extended 12" Halcyon.

Originally issued in 1983, Jane and (Edward) Barton's charming acapella single spawned a minor hit and a mini-album for Cherry Red before one Jane Lancaster disappeared from view and Barton issued a few otherworldly records on his own Wooden Records imprint, as well as lending his writing talents to a few '90s dance-hits and Kylie's Confide In Me.

Jane and Barton is a curious little beast. Part unaccompanied vocal, part piano-driven and part percussion-based (courtesy of A Certain Ratio's rhythm section), its seven vignettes incorporate Barton's poetic lyrics and Jane's winsome voice with little in the way of instrumentation. The other single I Want To Be With You is almost a slinky slice of exotica (no doubt enhanced by ACR's ability to 'swing') which has its own element of charm, if not the uniqueness of It's a Fine Day. Fans of Virginia Astley certainly might warm to some of the content.

Extras? Well there are just the two b-sides Of All (all eighteen seconds of it) and Leaves Were Falling, as well as a white vinyl pressing. It's really all you'll need.