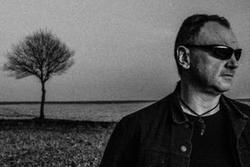 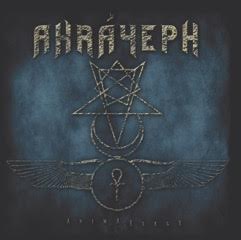 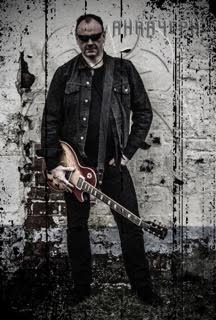 I'm just doing what all good musicians try to do, which is to surpass what they've done before.

AnimAElegy is the newest CD by Ahrayeph, and the result is quite stunning. But is it prog rock or goth rock, or perhaps goth rock with prog rock? We asked Raf!

I know it’s kind of strange, regarding the fact that you’re so long in the music business, but please introduce yourself!
Let's see... I became a professional musician in 1996. That's when I started this whole story with Crucifire, a goth metal band I founded with some mates. We recorded one - poorly produced - demo. In the same year, I also joined Ancient Rites for the first time, and left that band after six months. With them, I toured Europe for the first time. After some botched alternative projects and some studio and live sessions, I resurrected Crucifire again, inspired by some friends who had heard the demo. After one year, I rechristened the project to Ahrayeph, because even then it was my personal project. And that's what I've been doing ever since, aside of another stint in Ancient Rites between 2004 and 2007, because they were looking for a song writer. I wrote most of the music for their previous album, Rubicon. One year later, I released the first Ahrayeph album Marooned On Samsara and now there's AnimAElegy.

Last year colleague Jurgen interviewed you, and you really sounded bitter and quite angry because the band members left you alone. When hearing the new album, I think you can forget that, the result is stunning and you can do it all by yourself!
Thank you, I'm very pleased with the end result myself. Concerning that interview: yes, I was angry. Bitter... Perhaps it appeared that way, but let me tell you that I'm not wasting my time thinking about those people. It's just when I'm being asked about it in interviews, that I have to talk about it and of course, the anger resurfaces. I will always be angry because of all the missed opportunities, because they were wasted due to often banal and trivial things, but also because of ego trips that were the detriment of the band's live reputation. I've only worked with two people whom I consider to be true musicians in all my time in Ahrayeph : Ness and Alex Martin.

Is there any chance that we see you on a stage?
Never say never. I really, really, really would love to play live again; the more the merrier. But at this point in time, it honestly doesn't look like I will be able to. You need musicians to be able to do that, preferably musicians who take their tasks seriously; we've already talked about that. Add to that the fact that gothic musicians are rare in Belgium, so it is not easy to find another guitar player and a bass player who are into the music and can also cope with the technical aspects of playing live, because Ahrayeph is no jam band. We're working with ear monitors and play with digital amp simulations, and that's not a luxury choice. Alex would definitely play drums, he already let me know he would. But anyway, hope is eternal...

Getting back to the album: nothing really changed compared to Samsara, because even then, I did most of it myself, except for a few bass parts. But since we were trying to be a band at that time, the others are featured in the booklet. Still, aside of bassist Alex, they aren't featured on any of the songs.

I don’t mean it in an ironical way, but is not easier to work alone?
In certain respects, you're right, of course. But I still often miss the exchange and creative tension generated by collaboration. The key is good communication. I'm currently working on a metal project, Trans World Tribe, in which I'm working together with American singer Staci Heaton, and that's an entirely different dynamic, in the sense that we bounce ideas off each other and the end result is that we stimulate each other's creativity so much, that we end up with a lot more ideas than we started with at the beginning of a brainstorm session. So it works that way too. And that's something I haven't experienced since the early Crucifire days. I can only be happy about that.

I guess you’ll be pleased when I admit that I hear more prog rock than goth rock in your sound…
Hahaha! Well, I can't argue with you there. Prog rock has always had a big influence on me. My Scottish friend James Blast already called Ahrayeph 'Prog Goth' at the time Samsara was released and his opinion hasn't changed when it comes to AnimAElegy, on the contrary.

How does Marooned On Samsara differ from your newest CD? I mean, we all know it took 7 years because of many personal reasons, but I guess you have evolved musically too, not?
I'm the last person to say anything sensible about that, honestly. I'm just doing what all good musicians try to do, which is to surpass what they've done before. You raise the bar for yourself and hope that the fans and press notice and appreciate it. I've always had a very eclectic taste in music, I feel I owe it to myself to have that, if I am to take my craft seriously. And of course that will have an impact on Ahrayeph's music.

In a way I think AnimAelegy is a very introvert album, it’s like someone who is reflecting on life, or am I wrong?
No, not at all, that's an astute observation. The album actually starts with a reflection in, well, Reflection, and the whole story then unfolds from the next song, from Maiden By The Sea onwards. I'm not going to elaborate on the story; it's up to the listener to discover what it's all about. Only the last four songs aren't part of that story, even though you could find a common thread in those as well, even if I wasn't aware of that myself when I chose them to be the album's bonus tracks.

And while we’re talking about the title, please explain that strange title: AnimAelegy.
There are a few aspects to it. First off, 'anima' is the Latin translation for the Greek word 'psyche', the human mind. Then there's the 'animus and anima' aspects to human nature, according to Carl Jung; i.e. the male and female aspects that every person has. And 'elegy' is, of course, an elegy. That's all I'll give you, but I think the origin of the title is pretty much obvious with this explanation.

On the album you got the help of Alex Martin, can you tell us something about that?
I happened upon Alex through John Carter, the former Nefilim and Fields of the Nephilim bass player. He was immediately interested in recording live drums for the songs. In the end, we had to shelve that, but I did recreate several of his drum parts with my drum sampler, and hence he gets credit on the album. A nice guy and a good musician. He'll also contribute to Trans World Tribe.

What’s your favorite album of all time and why?
That's the hardest question of all time! I don't have just one favorite album, I've got so many. Even those ten albums I listed for your Albums That Changed Your Life series are just a small sample, and a temporary snapshot as well, because after handing it in, I just smashed my head because I forgot this album, and that one... It's just absolutely impossible for me to choose just one.

With whom wouldn’t you mind to be alone in an elevator for 8 hours and what would you do then?
I've had to give this one some thought. I could name some people I'd like to get to know, but you obviously wouldn't know whether you'd last eight hours in such a confined space. And I wouldn't necessarily need to spend that much time in an elevator with my friends. Or they with me either, hahaha! Oh well, let's go for New Zealand actress Hannah Marshall. She's a babe and I'd love to get to know the person behind the actress and find out what makes her tick.

The last words are yours
Th-th-th-that's all, folks!

BLACK LIGHT ASCENSION • I literally just can’t understand how people can ignore such obvious realities as the accelerating and irreversible destruction of the place in which we live.
RABIA SORDA • So when it comes to play music for others I give them the Erk’s treatment for total madness!
IAMX • After my dark period it was easy to write lyrics for my songs. In that way it was a blessing.
UNITED AND IDENTIFIED • United & Identified shortens nicely to You & I (U & I). The idea behind this is that we are all united, yet unique and identifiable.
GHOSTS IN THE GRAVEYARD • I like to call it Electronic Shock Rock. We have a retro sound, and a theatrical quality, with a strong horror influence. Every word has meaning, every song tells a story, and it all ties together
ARBEID ADELT! • The good old days don’t exist, never!
DOUBLE EYELID • As a listener I’ve always been drawn to ‘difficult’ stuff, that’s the space where I’m at home.
TRACER • I usually do not give much explanation to the lyrics, I do not want everything to be ready-made
STATIC DAYDREAM • I'd be doing myself and our fans a disservice if I changed what I do, simply based on fear of critics or something. I just try to make music that I'd like to hear.
BLAINE L. REININGER (TUXEDOMOON) • My future plans are to keep doing what I’m doing until I can’t do it anymore.