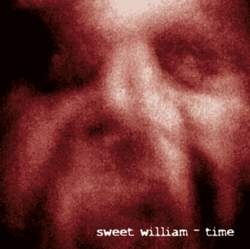 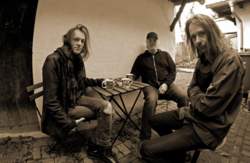 German formation Sweet William has released the album “Time” for their 30th anniversary. The band was set up in 1986 by Oliver Heuer and has released an impressive number of productions. The new work released on D-Monic is one of their most varied work, creating a bridge between gothic-, rock- and even psychedelic music. “Time” is a collection of previously unreleased songs plus new tracks that were composed in between 2014 and 2016. This is what Oliver Heuer has to say about “Time”.

Your newest album “Time” was officially released in 2016, which means 30 years after the set up of Sweet William! What does it evoke for you?

Oliver Heuer: Nothing special really to be honest - anniversaries don´t mean too much to me. It was more the chance to combine older and new tracks on one album - so the logical title for the album is “TIME”. It´s like a little journey through different influences that are reflected on “TIME”.

Tell us a bit more about the lyrical- and music ideas behind “Time” and what kind of work did you want to accomplish?

I never think too much about lyrics in the beginning of a song or when an album gets concrete. It's indeed a strange thing that on the album “TIME” very often the topic time comes back. Maybe it was something in my subconscious. On some of the tracks I didn´t write any lyrics down before the vocal recordings - they came while singing over the song.

Musically I wanted the album to be a good mix between guitars and synths. On some songs there are almost no guitars - others are really like indie rock songs. I think the balance works fine on the whole album.

It’s not that easy to define the music of Sweet William as I think the sound is more the result from very different influences. Tell us a bit more about influences and sound creation?

My first influences came from my very first 2 double vinyl albums I bought in 1978. They were 2 concept albums - The Electric Light Orchestra "Out Of The Blue" and Pink Floyd "The Wall". Both bands are still one of my favorite ones. That stays as a big influence for all time.

Later I came in contact with bands like Joy Division, Hawkwind, Viv Akauldren a great band from Switzerland - Grauzone and of course many many more. A great album is also Planet Funk "The Illogical Consequence" - great indie electronic rock pop.

So many things are interesting - for me music is good when it leaves you room for your own illusions and of course a certain depth.

Sweet William is not the kind of band releasing a new studio album every single year. Tell us a bit more about the entire composing process?

I always work on music, it’s like a constant process - when there are tracks where I think they could fit together I start to work with songs as album tracks - not as single songs anymore. I try to glue them together - see if they can create a certain atmosphere.

For me it’s important to get an album together that is not just a number of separate tracks. For me an album should be a complete work of art - also the cover is a big part of it and should reflect the mood of the album.

I noticed most of your albums were released as CDR format. Is there any particular reason for this and what does streaming platforms evoke for you?

No - some of them are on CDRs - others on ‘normal’ pressings. The quality is the same. When you talk to people that run pressing plants and they give you an honest answer - you will hear exactly that. The artwork on CDRs is also on the same level of quality.

We are still an indie band - so we start with a number of some hundred copies when we release a new album. If they are sold out its much more economical to order a new number of some hundreds of copies again. I am not a big fan of streaming - I don`t have any music on my mobile phone and I don`t use a MP3 player - but that's just my way. Streaming is normal these days - people want to have the whole world of music on one smartphone or on their computer. The sad thing is that many people don`t take enough time anymore to listen to a complete album.

A last question about the album “Organic Shades” which was also released during 2016 and which was mainly featuring cover versions of some famous bands. How is it working on covers and what did you try to add in comparison with the original songs?

I do covers at regular intervals - it can be a track that I like so much that I just have to cover it - or it can also be a spontaneous moment. Sometimes I start with a cover in the afternoon and its finished a few hours later. Nothing really planned. Many people say that the covers really become Sweet William tracks - that is really a big compliment - and I think that happens when I really like the track and when I really feel the lyrics.

THE VIOLENT YOUTH • 'When you see that some chords that you have composed become a song, it's a very special feeling.'
BLANCMANGE • 'We were making experimental music for a while, really just for ourselves, not thinking anyone would want to listen.'
A SPLIT-SECOND • Marc Ickx talks about A Split-Second
KOL BELOV • I make strange animations, that look like music videos and strange music videos, that look like animation.
THE HORRORIST • 'Sometimes I cringe when I hear some of my songs about sex or pain but at the same time it’s my diary.'
PARADE GROUND • 'We play with our figure as acrobats. We see the audience as instruments and love to play with them.'
SOL INVICTUS • Tony Wakeford Talks About Sol Invictus
NO MORE • 'We are preparing a mind blowing show of raw, pure Rock'n'Roll.'
THE WEATHERMEN • The inside story of how The Weathermen's big hit 'Poison' was made...
MARTYR WHORE • ''as a lady orgasm multiply times by 100000000000000'. This night was a big surprise cause we were not programmed in the line up in Madrid'