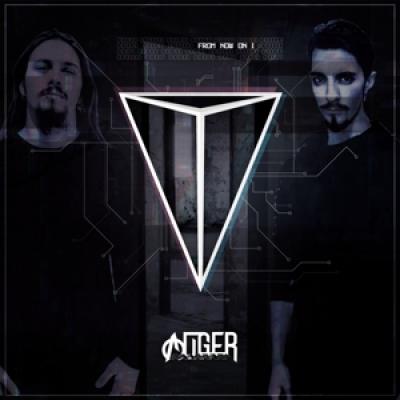 From Now On I

It's going fast, really fast, for the dark wave/dark rock/electronic metal duo Auger. Straight from the gothic mecca of Whitby, these two young muscicians, Kyle and Kieran, are storm the scene.

In the last 2,5 years Auger have been really busy. After releasing their first album 'The Awakening' in 2018 and touring around Europe with Solar Fake and Lord Of The Lost, as well as playing festivals in Belgium (W-Fest) and Finland (Lumous Fest), they've released their second album in June this year.

For those who aren't familiar with Auger, they're really worth checking out. When I first heard the 12 track 'From Now On I' - album, I was blown away. It tells deeply emotional tales of the great human experience and its resulting feelings of promise and distrust, of hopes and fears, of bullying suffered and strength ultimately gained. Kyle's voice reminds me of Martin Engler (Mono Inc) a lot. Yet, their music is a blend of metal with modern synthesis, mixed with their own musical influences like BlutEngel, The Cruxshadows, And One, Project Pitchfork...

If I were you, I'd keep an eye out for Auger, because they have it in themselves to become the next great thing!

Other reviews from AUGER
AUGER • Insurgence