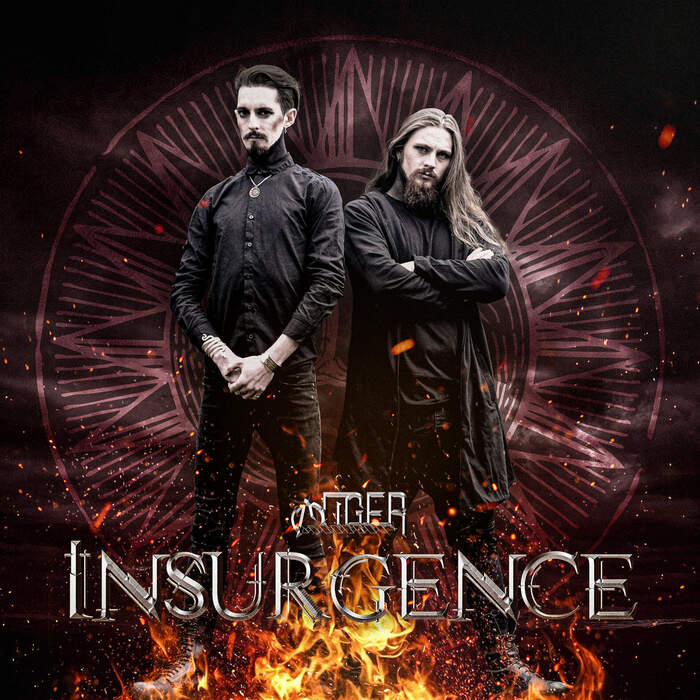 Kieran Thornton and Kyle J. Wilson are back, with a third full album of their band AUGER, called INSURGENCE. It’s not a secret that I’m a fan of these two guys, yet, they’re bringing top quality music, straight from the capital of goth, Whitby (UK).

On this third release, they spoil their fans with 14!!! tracks. Yes, they’ve been very productive.
After just two spins, I came up with not one, but three personal favorite songs on this album. They’re, of course, very personal, but that’s what I like about Auger. They write about things people can relate to. In order of appearance on the album (or Spotify, Bandcamp,.. ), those are “I AM NOTHING”, “HIT THE LIGHTS” and “WHO CAN HELP ME NOW?”, but the more I listen to the album, the more the list of favorite tracks grows.
As said before, Auger is a great blend of rock to synthpop, electro and 80’s vibes, with a wide range of influences that can be found back into their songs. You’re a fan of Blutengel? You’ll probably like Auger. More into the more ‘typical’ British rock bands, like Editors, Hurts,...? Get yourself some Auger, because you’re going to like what you’ll hear!

Unfortunately, we won’t be able to enjoy these great songs live until about September, due to the restrictions of the Corona crisis. Which is a pity, because these songs are begging to be played in front of a big audiance. Looking forward to that, Kieran and Kyle!!!

Other reviews from AUGER
AUGER • From Now On I