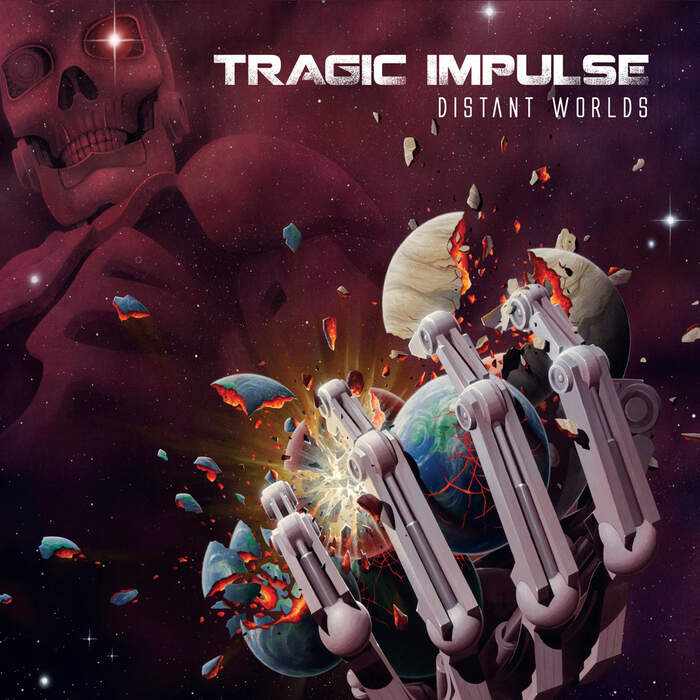 Bam! Right off the bat, the first track, "Oubliette", hits with a catchy digital hook and a friendly beat. Your head bobs. Your feet start to move. Then you’re nearly stopped in your tracks as the threatening, guttural vocals catch you off guard. But, here, as in the rest of the album, while the vocals might be harsh and angry, they’re not overwrought, pretentious, or histrionic. They track appropriately with the pace, energy, anger, and, as appropriate, despair of the lyrics. Speaking of despair, "In the End You Fail" has a classic EBM sound and will not fill you with optimism, tuneful though it may be. The "Beast Within" sounds crafted for the purpose of stomping the dance floor into submission; but it’s by no means formulaic. The electronics and orchestration hold your interest throughout. Vocals here shift from brutal to gruff as the singer plays his Jekyll and Hyde routine, trying to restrain the beast, then cutting him loose. "Singularity" introduces some guitar riffs, or the digital recreation thereof to the mix. It works in an “electro band that has embraced some rock elements but not gone totally overboard” kind of way. Think Frontline Assembly, not Combichrist or Ministry. Speaking of whom, a couple of tracks later, Tragic Impulse gives its take on "Just One Fix". Its version, perhaps not as stadium friendly as the original, keeps the synths on par with the shredding. "Killswitch" is another song that grabs you from the first measure. Rapid, repeating. Cord progressions that tingle the spine as they hit the right tones at the right moments. It takes a brief ritardando so the DJ can hit the smoke button and then bounces back into a relentless synthpop banger. The rock oriented head banging stops but the bangers go on with "Dance Till You Die". It’s a cyber-friendly dance floor filler suitable for lightstick-waving ravers, robots, rivet heads, the mohawk coiffed and DIY crowds alike. Ironically, "Technoslave", the song that has samples of a female voice repeating the name of the band, a la KMFDM, sounds a lot like KMFDM. It’s a tad more minimal and includes breaks and samples like more old school EBM. Overall, this not an album for a quiet night relaxing by the fire. It’s for pre-partying and heading to the club (which should be an abandoned warehouse or other example of modern decay for which this album will set the scene), where, if you’re lucky, you’ll hear one of the tracks again. Save the last song, “Energy” to keep your adrenaline up just long enough to get home.