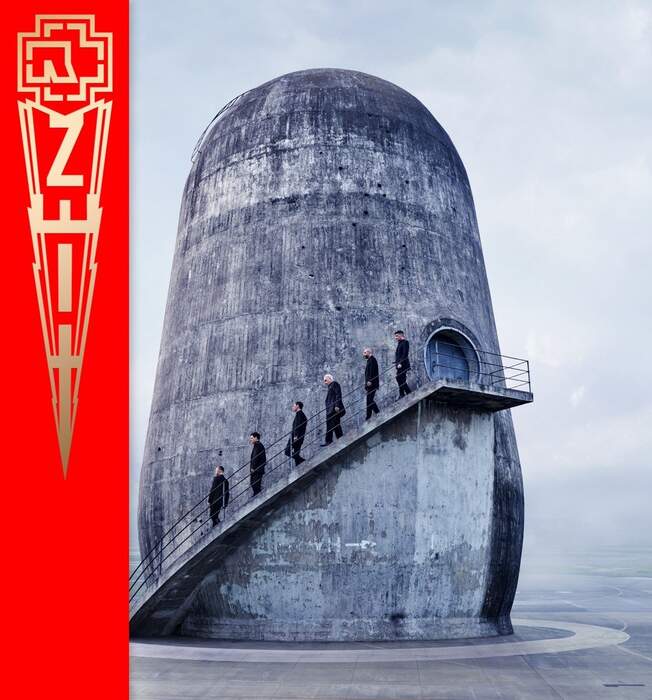 Rammstein has been around for more than twenty years and has never been shy of any controversy, au contraire they love to shock people with their music, lyrics and videos. With their new album Zeit the band is no different and keeps their tradition alive. This time, Rammstein takes a critical look at, for instance, plastic surgery with ‘Zick Zack’, the love for big breasts with … well … ‘Dicke Tittn’ or ‘O.K’. which in Rammstein language stands for Ohne Kondom - Without Condom. Rammstein was never and never will be a happy, happy, joy, joy band although I’m not sure if the majority of today's Rammsteins fans get that. Anyway, the dark unsettling atmosphere fits nicely in the vein of the controversial Deutschland album from 2019. Undersigned was a Rammstein fan from the very beginning, even from for before their popularity boom due their appearance on David Lynch’s Lost Highway soundtrack, but never liked their “ballads”. So when the new album was announced with the power ballad single ‘Zeit’ I was very sceptical … but with the release of the second single ‘Zick Zack’ I decided to check out the album. Also after seeing the amazing video for ‘Zeit’ I gave in and have to admit … on this album, and the previous one, Rammstein still remains close to the Rammstein I fell in love with about 20 years ago, pounding drums, harsh slashing rhythm guitars, cunning synth melodies and sound tapestries and of course the raw vocals of Till Lindemann. Maybe a little bit too much “ballad” ingredients for me personally but in the end still enough rawness and darkness to add this album to my collection. The last song on this eleven track album is named ‘Adieu’ which fuels the rumours this could well be Rammstein’s last album … fingers crossed it’s not!

Next reviews
BALVANERA • Courses of Action
WULF7 + THE JUGGERNAUTS • 11/06/2022 - LIVE AT THE BAROCK - BRUGGE
'N TALES, INTERZONE, GROUND NERO • At B52 Club Eeernegem
TERMINAL SERIOUS • Gift For You
SAMHAIN • Experiment
CELESTIAL NORTH • When The Gods Dance
STAATSEINDE • Staatseinde live @Kinky Star - 14 mei 2022
WUK • A try-out that became a book...
SHE HATES EMOTIONS • Space and time
THIS CAN HURT • A Darker Shade Of Blue