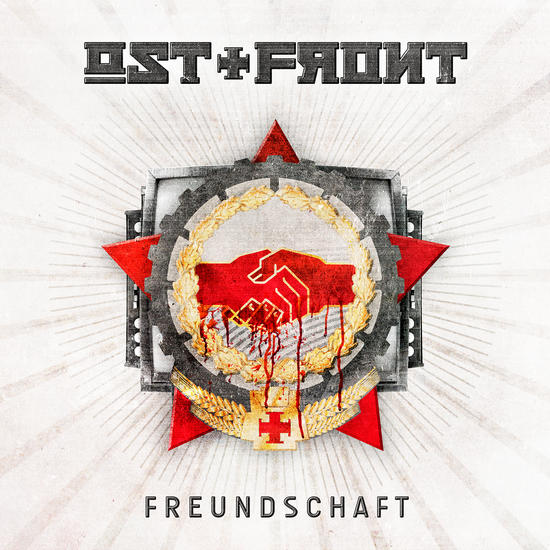 Well, never heard Rammstein as provocative as on “Freundschaft”. Thank God it’s not Rammstein, but OST+FRONT on their new EP. Never heard a copycat sound so close to the real thing. Even the singer reminds me of Till Lindemann. The biggest problem is that OST+FRONT is trying to shock the masses more than putting its own mark on the music scene. On the title track they go as far as to mention the sentence ‘Arbeit Macht Frei’ (known from the Nazi era and the camps). If you can go beyond tricks like that, OST+FRONT sounds like a furious Rammstein clone. It has more power and speed than the real thing and definitely knows how to keep you interested. Unfortunately all they're doing has been done before. Even the remixes (of acts like Heimataerde and Tanzwut) can’t change that. OST+FRONT might be the answer if you really can’t wait for a new Rammstein album or if you really want to annoy your neighbours with loud, provocative music.