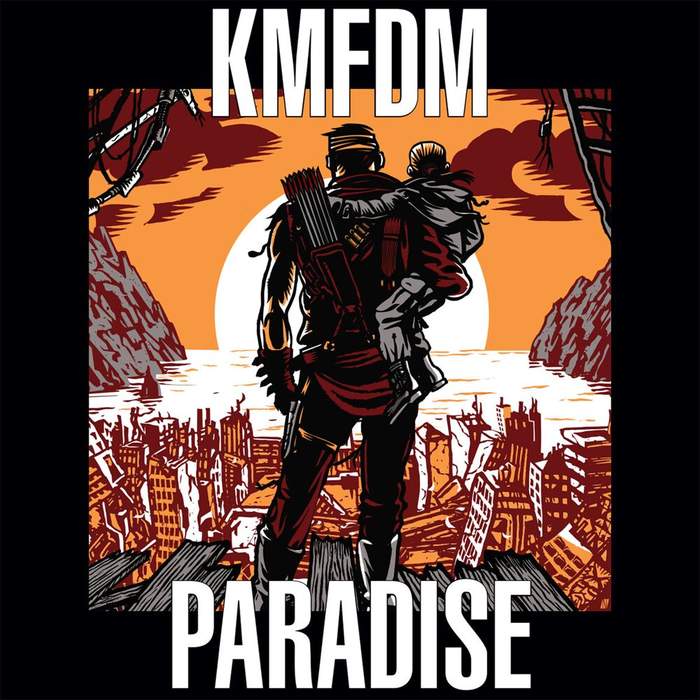 KMFDM is and always will be KMFDM. No surprises. Or the 'conceptual continuity' they are proud of. That also means a new album with wide spread influences and a clear message. Our planet is a paradise for assholes. Live without remorse. Don't look back. Destroy what destroys you and rip apart the system. And of course this also means another successful album cover by Brute.

After 35 years and 21 albums the formula is still working. This album excels at bringing a very poppy sound, mainly by the choices made in production. Which turns out to be the only downside.

'Paradise' mainly keeps afloat on the beats which undermine the guitar work of Andee Blacksugar. Andee was already part of the HELL YEAH-tour, after Lord Of The Lost was told they wouldn't get a working visa for the US. It's clear the man can play, but his riffs somehow don't stand out enough. The shred solo in 'Disturb The Peace' - my favourite on this album - should have been at least double the length. And in WDYWB some solo work would not have been misplaced.

So this album wasn't love at first sight. And, after listening to it several times, I conclude that the tracks on this album will not be at the top of my KMFDM playlist. Because they are just a bit too polished. Too clean.