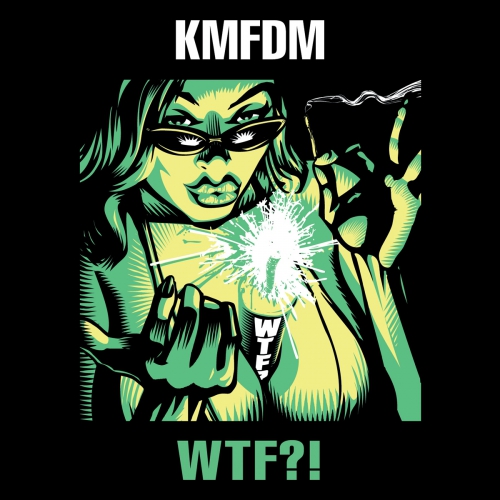 In 1984 KMFDM got founded. They became immediately one of the pioneers who created music that combined indus-technosounds with metallic guitars.

From the early beginning it was clear that this band owned an American-like sound, which gave them the chance to sign with Wax Trax.

Let’s begin with the bad news (?) by saying that their latest one is without any doubt their most accessible and most poppy so far. However, now and then you hear the old sound, which might be insufficient for some fans who got stuck with the familiar sound.

The good news is that this album features not one bad song at all!

From opening song “Krank” we can hear that KMFDM are aiming at the dance floor. It is one of the few songs that stays true to their old sound. The next songs are entering the more electronic area, where you can definitely hear Lucia taking care of the vocals. Songs like “Take it like a man” or “Dystopia” are really nice & rather familiar with what Praga Khan is doing.

Some fans could be disappointed with this new sound, but tracks like “Rebels in control” or “Amnesia” are splendid nonetheless & should get our full attention!

“WTF” is a nice album as it features great songs but it’s also the first KMFDM-album in history which doesn’t freak out our neighbour.