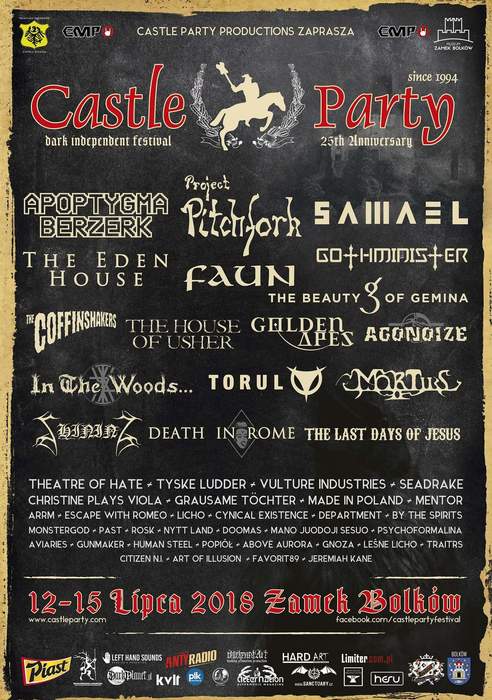 Castle Party 2018 went through some changes but not to worry the main ingredients remained.

The atmosphere, strong line-up, friendly people and a great selection of food and beers at the location are all still there…Although the location had some changes, the old evangelical church is no longer part of the festival due to renovation works. But not to worry it has been replaced by a venue closer to the castle. The church is also no longer the gathering point of the festival but it has been replaced by the castle itself, therefore the festival organisers put some extra effort in this year! One of those additions was the wall acrobats that made a beautiful show that was interlaced with local folklore, this was a one off and the best new additions. I enjoyed it very much and hope they will surprise us again next year!! This year I wanted to bring the Castle party experience to you all as one of the many visitors, therefore I tried in the first place to enjoy myself … Therefore there will be less band reports and more festival experience! 😉

This year the festival is no longer a 4 day but a 5 day experience! That’s also one of the extra additions this year (you better be in good condition to survive this!).

The First day began on the Wednesday with a warm-up party at ARKADY, an improvised club at a restaurant at the corner of the road that leads up to the castle.
5 Polish bands where playing there…
The fact that they lost electricity a few times contributed very well to the atmosphere!!!
It reminded me of the once obscure gothic party’s the elderly goths like us used to visit in the early 80s…
And off course the first night you really drink too much…

The Second day began at the CULTURAL CENTRE, the replacement of the old church. 7 bands were playing that evening followed by an afterparty with 2 DJ’s.
Bands like CHRISTINE PLAYS VIOLA, THE LAST DAYS OF JESUS and THE HOUSE OF USHER are only a few to mention!
Outside the venue you could buy food and drinks as well as CD’s and T-Shirts at the promo stand.
One suggestion for the organisers would be to have the option to buy some drinks inside the venue (some of us are already past 50) !!! 😉

The Third day is in fact the start of the festival at both locations.
8 bands were playing at the castle and 7 at the other location…
This year I stayed at the castle to see bands like GRAUSAME TOCHTER who played a much censored show…
THEATRE OF HATE, AGONOIZE, THE EDE HOUSE, APOPTYGMA BERZERK are some of the other bands to mention.
For me personally AGONOIZE was the best show of the day!
With APOPTYGMA BERZERK I had the idea they were not very motivated that day…
This time there was no after party for me because there were still 2 more days more to survive!!!

The Fourth day we had our annual and famous Castle Party BBQ where I always like to invite some artist.
This year a great person an artist honoured with his presence… everybody knows ;WUMPSCUT…
Therefore we were at the Castle later than planned and we missed a great band called TYSKE LUDDER.
From the 7 bands that day at the castle and 7 at the Cultural Centre we decided to stay again at the castle grounds.
Surprise of the day were THE COFFINSHAKKERS everybody enjoyed that!!!
Then we had GOTHMINISTER followed by FAUN and they too were great!!!
And then one of my favourite bands PROJECT PITCHFORK and they were great once again.
PROJECT PITCHFORK is one of those bands that you think they cannot improve anymore but then always surprise you again. This band never gets boring and always delivers!!!
After the bands finished we went to the HIACIENDA club. The club only decided with one week to go until the festival to open, they had no DJ’s, nothing!!!
Lucky for them they found some people to play there…
The same could be said about their staff as it took hours to get a drink there!!!
I think it shows a lack of respect to their clientele!!!
To HIACIENDA I would like to say work together with the organisation instead of riding opportunistically along on their wave of success!!!

The Fifth and last day and I’m completely exhausted by now, but still got some great bands to see!
The last day is always a bit sad because you know it’s the last day and you have to depart from your friends again…
But still some great bands to see, some great food to taste and some nice beers to drink!
6 bands at the castle 7 bands at the cultural centre.
Today with my last bit of energy I decided to start at the castle to see ESCAPE WITH ROMEO, DEPARTMENT, and BEAUTY OF GEMINA who played a brilliant show!
The headline acts was between SAMAEL, who is a fantastic artist and TORUL, who I had never seen before. We decided to go and see TORUL and this turned out to be a very good decision because that was one of the best shows at castle party, I became an instant fan, what a voice…
Both SAMAEL and TORUL played a very long show but after TORUL we went back to our accommodation and SAMAEL were still playing so the walk back to the hotel was very enjoyable.

So Castle Party 2018 ends again with a very good feeling and the knowledge this festival is still growing with ambition and will be there for many more years to come!!!
Special thanks for Krzysztof, Rudy, Damian, Gunther and Alicja from Villa Oranje and all my friends to make this festival wonderful again it wouldn’t be the same without one of you ! 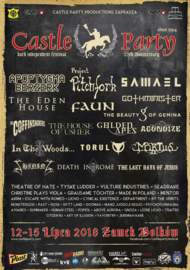 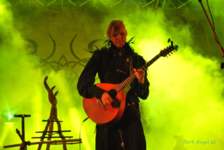 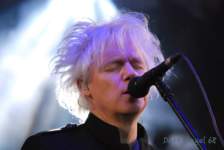 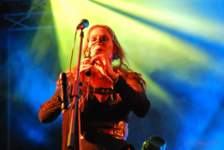 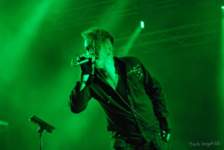 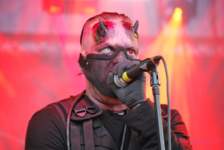 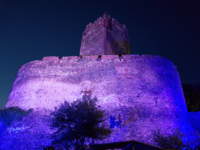