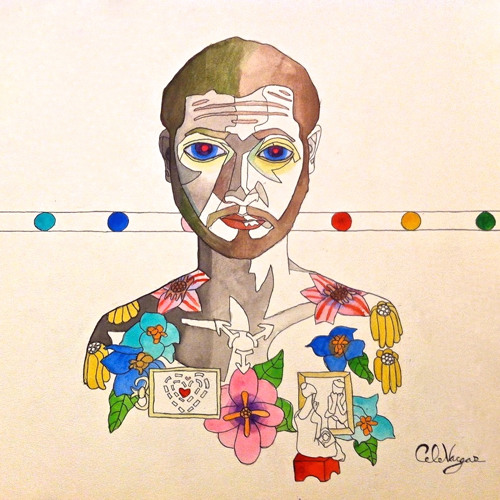 The new album released by Cole Vargas is practically the best thing that happened with alternative music in 2018. Unknown artist, simple chords and melodies, strong lyrics. After listening to Cole’s voice I can only think about the most memorable songs of Nick Drake and Elliott Smith. In his creativity, Vargas seems to be very similar to both of them. And it’s not a simple coverage – he’s quite honest about all the things he speaks about.This honesty touches you the most and by listening to his songs you’ll have a feeling of déjà vu. You’ve already heard these soft melodies walking through foggy streets in London, being drinking in a small Parisian bar or searching for some antique books at the flea market in St.Petersburg. But all these things are not only connected with his lyrics. “Supine” is the best example of track that doesn’t need any lyrics. It touches your feelings like an accidental look in the metro, and after the door closed you understood that there's something that could have happened between you.

In his work, Vargas not only experiments with acoustic sound, also adding piano parts to the album. “The Ridges” does not confuse the listener by suddenly changing instruments. On the contrary, it seems it was created in one breath, like everything on this album. The drum parts in “Alabaster” and loud bass chords sound like folk-post-punk.

Of course, talking about production we can’t ignore the role of Kelley Deal – the veteran of alternative rock who produced the record. She not only made everything possible, but also created a continuity on the album. So, even listening to page turning of a book in “Sleep Over” you can understand that such a sudden touch doesn't damage the recording itself, but add liveliness and makes you feel the atmosphere of Cole Vargas.