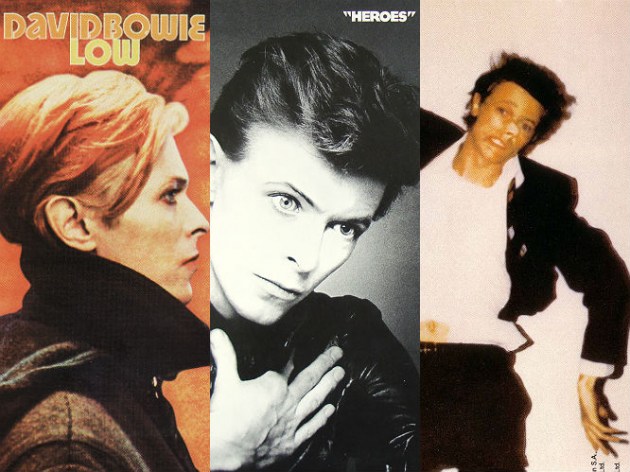 The 1976 release by David Bowie titled 'Station To Station’ is said by many to be his finest moment. The quality of the song cycle, the introduction of a new character into Bowies repertoire, the lounge lizard 'thin white duke' and of course the hits; “Golden Years” and “TVC15”.

A more experimental theme appeared on the album unlike anything Bowie had done before, such as the title track a trip around the depths of religion and the stations of the cross. More astonishingly was that Bowie recalls nothing of the album’s creation apart from the Earl Slick guitar screeching to create the sound of a train which opened the album, Bowie remembers nothing, nor did he walk into the studio with a song or a plan.

At this point in time David Bowie was existing solely on a diet of cocaine and peppers, here is an artist working in a creative autopilot. People talk about the genius of David Bowie but never the fact that when he was not at the races, under the strong influence of a chemical, he was still leading the pack.

Indeed, in September 1977 when he recorded the famed seasonal duet with Bing Crosby “Little Drummer Boy” it was Bowie who looked closer to death than Crosby who died a month later. 'Station To Station' is the album of transition for David Bowie, his shirking off his glam, proto- punk and plastic soul journeys and diving into a more electronic field of creativity.

The electronic wave of bleeps coming out of Germany in the mid 70s by Kraftwerk and others which was wrongly labeled Krautrock by the press but this now became his latest guiding light to surge the workaholic brain into new ideas and new possibilities. A relocation to Berlin was needed to totally submerge himself in this new music, so here we come to the part about the albums famed for being created in his new concrete surroundings.

This new spark unleashed three albums: 'Low', ‘Heroes' and 'Lodger', the added effect of ambient-industrial music guru Brian Eno along with rock guitarist and progressive rock forerunner Robert Fripp and Bowies right-hand man, producer Tony Visconti. The succession of albums that followed are often referred to as the Berlin trilogy, a stunning work of artistic visio, tearing down the boundaries of rock music of the day.

Now for the misconception, only one of those albums was entirely created in Berlin, the second release 'Heroes'. The album 'Low' began its conception in the studio Château d'Hérouville, France later finished in Berlin at Hansa Studio by the wall. As for 'Lodger' it was put together in Mountain Studios Montreaux, Switzerland and later at the Record Plant, New York.

If you want to name the true Berlin trilogy you need to dig out David Bowies partner in the grime of Berlin, Iggy Pop. Now putting together David Bowie and Iggy Pop is the equivalent of introducing a stick of dynamite to a match. Their incendiary relationship had began years earlier for Pops final Stooges album, 'Raw Power', Bowie had brought Pops's career back from the brink in turn bringing him to London and working as a producer and mixer on the album. Now also hold up in Berlin, Bowie handling production on Iggy Pop's two most infamous solo works, ‘The Idiot' and 'Lust For Life'. If you put these two albums alongside 'Heroes' you come up with a more honest Berlin Trilogy.

The album 'The Idiot' recorded in two German studios, Musicland in Munich and again Hansa in Berlin. This Album noted a shift in direction for Pop, gone was the hard core punk sound, more ambient and electronic beats were used to astounding affect.

Some may state Pop was used as a guinea pig by Bowie to test new ideas, either way it was a highly influential album on the new wave, post- punk generation, Ian Curtis for one left this planet while it played in the background. Two of the tracks on the album were reworked, “Sister Midnight” became “Red Money” on the 'Lodger' album, while “China Girl” well we know what Mr. Bowie did with that.

The second album 'Lust For Life' again produced at Hansa Studios, a more rock orientated effort partially due to the Hunt brothers being introduced on rhythm section, title track a thundering rock staple to every generation. But the location of Berlin may not have been the greatest idea, the drug and party capital of Europe did take its toll on the two musicians, if you come across photographs of a glasses wearing Iggy from the time,it can sadly be put down to the drug intake of mainly heroin which was affecting his eyesight.

Their stay would not be for long, both men leaving Berlin in support of the 'Heroes' tour which kicked off in March of 1978, thus closing a chapter in the Bowie catalogue. The facts of where the three groundbreaking albums were created is incidental to the work and sound of the accomplishment, they do share the trinity of Bowie, Eno and Visconti, after 'Lodger' it would be the last time the three men would come together until the mid 90's when Bowies resurgence created the album 'Outside:1'.