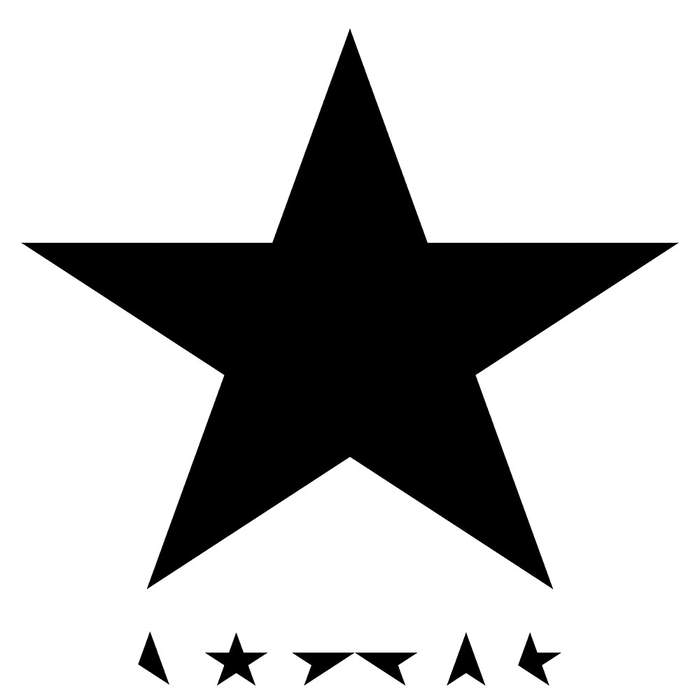 10 January 2016. The world stood still, as in the early morning a radio voice announced that the thin white duke died. Bowie was no longer with us, tears rolled. I cried, staring at an album named Black Star that was released two days before his death.

I admit it I bought it on the very first day and played it over and over, but I didn’t understand it. What was it? Some days before we read that this release was going to be a new step in his career, a sort of free jazz album that takes its inspiration from David Lynch. Well, okay, this was certainly not the kind of Bowie we heard before, but what a strange Bowie album this was!

After ten spins (I guess it was actually twelve), I decided to give it some rest, as this was another difficult David Bowie that probably needed some more time. How could I (and millions of others) know that this was the man’s legacy, his last farewell to planet earth. God, through my tears I was laughing: Bowie fooled us, as almost every line is connected to death.

Finally, I forced myself to listen to the album of my hero. I wanted to understand it, and I think I finally did. When Bowie sings I'm not a film star, I’m not a pop star, I'm a black star, you know that he’s referring to himself as he’s indeed a black star now, not a pop star. An impossible song to listen to, as the second part drives you to pure madness, and I notice (again) that while writing this, I have a handkerchief in my hands. Yes, crying again for the greatest man ever, that ultimate hero. Nah, it’s a masterpiece, perhaps even THE masterpiece, but just not possible to listen to.

And what about that jazz, those saxophones? Well, you can hear them indeed on ‘Tis Pity She Was A Whore, a great Bowie track, but in some way it feels like this doesn’t really fit here. It sounds as if Bowie could go on for ages. His return, on which everyone was waiting, culminated in a sad reality. He was gone.

We didn’t even have to watch the news because Bowie sings: Look Up Here, I’m In Heaven (Lazarus). Bowie made art of his own death, it’s the weirdest track he has ever written. Genius? More than that, if only it could make you happy, but it doesn’t. Nobody escapes death, not even Ziggy, but how does it feel when you hear your hero sing Look up here, man, I'm in danger...I've got nothing left to lose. Yes, then you simply wish you could save your hero, whereas now he’s just some star looking down on us.

Bowie feels some pity for us as he simply knows that we would mourn forever and therefore he probably added Sue to this album, another weird ride through Bowie land in whic we meet the ghosts of some Lynchian creatures.

Where the fuck did Monday go?, Bowie sings in Girl Loves Me. It feels like a death march, the music sounds like the concert that was played at the Titanic while sinking.Yes, it was on a fucking Monday when we heard the news, David.

And then there’s that other track, called Dollar Days. We didn’t notice it the days before his death, stupid people as we are, but Bowie sings I’m falling down, I’m dying to. It was his way to say goodbye, with a grinning face when he whispers Don’t believe for just a second I’m forgetting you. Thanks Mr. Bowie, I don’t think there was one second in this bloody year that I forgot about you. Bowie is simply everywhere, all around us, it’s as if his ghost is in everything.

The album ends with I Can’t Give Everything Away, a touching song. The final words of the legend: That’s the message that I sent. I can’t give everything away.

Is Black Star the best Bowie album ever? It’s a question I can’t answer, as I heard Low at least about 2000 times (nah, Bowie’s ghost says it’s actually about 2500 times), but dear beloved Bowie, I really can’t listen 2500 times. Find someone who can! Thank you, see you in heaven!

Next reviews
THE LOVED DRONES • Good Luck Universe:
MANTUS • Refugium
TACOCAT • Lost Time
CAWATANA • Decline Of Privileges
THE 1975 • I Like It When You Sleep, For You Are So Beautiful Yet So Unaware Of It
GREG LAKE • Remastered: Greg Lake (1981) en Manoeuvres (1983)
NIGHTMEN • Fifteen Minutes of Pain
BRIAN ENO • The Ship
TUXEDOMOON • Half-Mute
THE NAMES • Names In Mutation