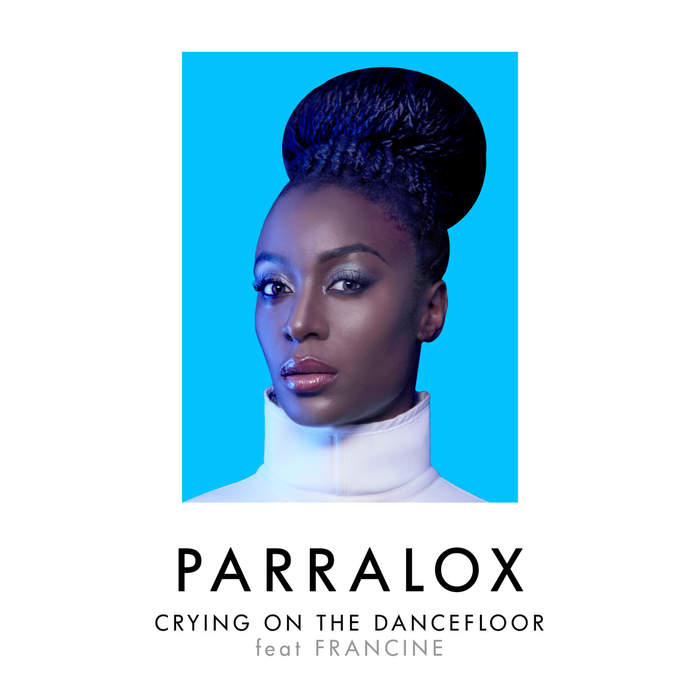 Crying On The Dancefloor

Is there something wrong with cheesy music? I guess not, so there you go! Crying On The Dance Floor could have been the perfect title of an 80s tune by some one hit wonder, and it actually sounds like it. The Australian band Parralox (try to write that without making a mistake) that is led by John von Ahlen who got the help of a woman called Francine on this track. It’s disco synth pop with a touch of soul. Imagine Gary Numan making a soul record. Something like that....

You better love this track as it is featured seven times (!) here. The 7th Heaven Club Mix (you have to give it a name, haven't you?) gives it some Eurodisco feel, while the extended mix (over seven minutes!) lasts a bit longer. Why? Have you ever heard a tune on the dance floor that lasts 7 minutes?

Perhaps some people don't like this CD, but if you do, then you will be spoiled (or whatever you call it) with a fourth version. The John von Ahlen’s Haus remix indeed has more (guess what) house beats.

The most interesting remix is the NW version, as the club atmosphere gives the track another dimension, and if this song ever ends up on an alternative dance floor, then it better be this version.

After five versions of the same song, we finally hear something else, but in fact Dry 2 The Bone sounds exactly like the rest. Imagine Kylie Minogue doing some karaoke tunes by Donna Summer. Bad? Not really, we like Kylie paying tribute to the disco queen, but we wonder whether this record needs to be in your collection.

And then there’s another version of that song you already know the title of. Sorry we won’t be that cruel, but it adds nothing new, it just feels like you accidentally pushed the repeat button.

At least, Parralox saves us all by adding the almost ten minutes long Faded Memory that sounds like superb synthpop. Not a tune by another band that wants to prove that it is the next Depeche Mode (with bad songs), but an intelligent song that comes close to Visage. Talking about compliments!

After seven times the same song, there is still some space left on the disc for a final track: Your Silent Face Remix.

Parralox surely has potential and it’s even an act to follow if you like intelligent synthpop, but a CD that lasts over one hour featuring the same track over and over again is not exactly what we’re waiting for!

Next reviews
DAVID BOWIE • Black Star
THE LOVED DRONES • Good Luck Universe:
MANTUS • Refugium
TACOCAT • Lost Time
CAWATANA • Decline Of Privileges
THE 1975 • I Like It When You Sleep, For You Are So Beautiful Yet So Unaware Of It
GREG LAKE • Remastered: Greg Lake (1981) en Manoeuvres (1983)
NIGHTMEN • Fifteen Minutes of Pain
BRIAN ENO • The Ship
TUXEDOMOON • Half-Mute