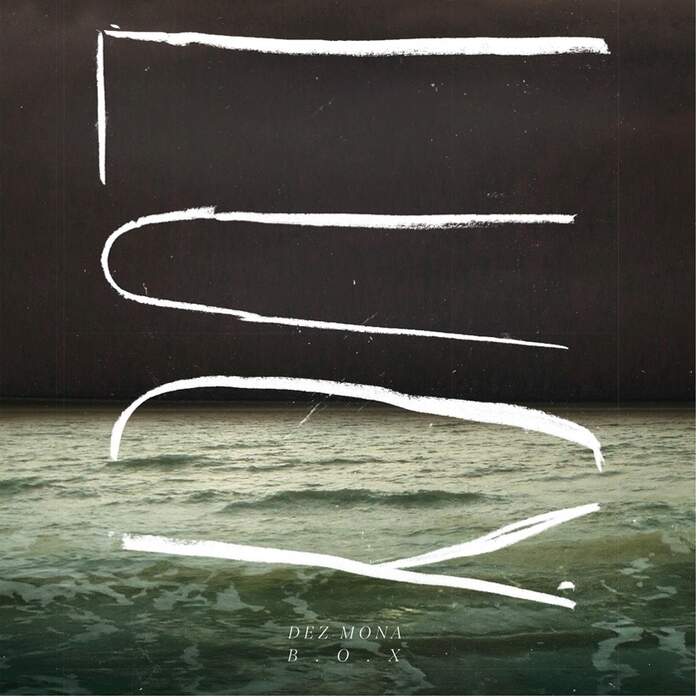 In September 2011, the two Antwerp bands Dez Mona and B.O.X (Baroque Orchestration X) joined forces to create a true 'Gesamtkunstwerk': a fusion of all the arts. The theme was 'coming home'. The title 'Saga' referred to the Goddess of History who sings of the past, present and future from a crystal palace. Musically, there was talk of a concertante opera and a song cycle. Ambitious notions. In the end it became a surprising and intriguing cross-pollination of genres: certainly innovative and therefore challenging, but above all authentic, compelling and simply beautiful! Mission accomplished.

Five years later, 'Saga' was performed in New York and The New York Times wrote a praising commentary: "The result was an evening of unfailingly gorgeous music that felt exotic and familiar at once. The blend of new and old instruments was deliciously disorienting." The following year, the piece was rerun several times. Those who then saw the show again could only experience that 'coming home' took on an extra dimension and 'Saga' rightly deserves a special place in Dez Mona & B.O.X's repertoire.

Exactly 10 years later there is a successor: 'LUCY'. This time the protagonist is not linked to classical mythology but rather to an entity that is neither man nor god, man nor woman, good nor evil. LUCY simply serves as a guide and narrator in this new gesamtkunstwerk. Once again, there is not only the music, whose fusion between pop and baroque remains the core, but there is also talk of a theatre piece. There are also the specially designed costumes, made of ecological and sustainable denim (in a design by the Flemish Oona Mampuys). Denim as fabric and metaphor for what unites all layers of the population. This immediately reveals the theme of this successor: connectedness, in a fragmented world.

The inspiration was the Baroque oratorio: a musical narrative in which a central character becomes the bearer of the action. In contrast to the classical interpretation with biblical themes, LUCY is given social themes to bear: identity and community, individuality and togetherness, activism and contentment and, of course, connectedness and fragmentation. All of this is released on two (limited) LPs, with each side of the vinyl forming a separate story section. With 20 tracks, this is quite an extensive album. These are indeed times about which there is much to tell.

After this firm introduction, it is time to talk about the music itself. The baroque instruments include the theorbo (Pieter Theuns), the baroque harp (Jutta Troch) and the serpent: a wind instrument with various S-bends (Berlinde Deman), supplemented by accordion (Roel van Camp), guitar (Sjoerd Bruil) and double bass (Kristof Roseeuw). Front man Gregory Frateur is of course present for the vocals, reinforced by several sopranos (Lieselot De Wilde, Lore Binon and/or Michaela Riener).

As befits a classical piece, it opens with a prologue: as an instrumental intro and a successful setting of the atmosphere. ‘Fellow Traveller' starts with an intimate but equally tuneful introduction, after which Frateur takes us by the hand and helps us on our way in this narrative. His voice sounds very warm and familiar, just like the meandering accordion solo halfway through. The song ends in unison with a reference to the penultimate track 'Come Slowly, Eden'. Pure stillness after the last note.

All Out' became the first single and was accompanied by a video clip directed by Guido Verelst and shot in the baroque French Salons in Antwerp and AMUZ. The interweaving of pop and classical is strongly emphasized here, through the sacred soprano voices that build up and bloom open wonderfully halfway through the song. Delightful to hear. In terms of content, the activism and outrage propels its way out: "all out exclusion, confusion, disillusionment,... dignity, fragility, responsibility,..." and the song ends wittily with "no one leaves a home that serves and teaches kindness, where one is equal in all diversity, seen and loved."

A surprising song in this first half of the album is undoubtedly "Tiny Paradise" because of its construction, use of rhythm, and the atmospheres it runs through. The tight bass line propels the song forward, a playful accordion melody interweaves with it all the while Frateur sings about his little paradise. I can't get a grip on it right away and that's what intrigues me.

A tipping point in the story LUCY brings is undoubtedly ‘Death Said’. This particularly dark song is perhaps not coincidentally located halfway through the album. The longest track transports the listener to a chilly world where there is little light, much confusion and powerlessness. Supported by the reworked sounds of the serpent, Frateur's imploring phrasing takes me back to the early years of Dez Mona, where those dark atmospheres were more often to be found. Today's world, unfortunately, is one where guns still sound daily, hunger and thirst still rule too often. When the whistling in the background, on top of the dark thump and slow recitative "Left naked in pounding winds and burned by a ruthless sun" coincides, I get goosebumps. I am reminded of Diamanda Galas and her overwhelming ‘Orders from the Dead’. Difference is that Dez Mona & B.O.X deliver an equally crushing message here with a minimum of effects. Cold Chills.

Via the instrumental 'Lockdown' we can catch our breath again and we can let the light in again. Roel van Camp's accordion is the hope that returns. This is a well-balanced gem that should be cherished. Next is ‘Lucy's Sinfonia’. As it applies in the Baroque era, the sinfonia is a short instrumental piece that precedes a vocal work. Initially intended to quiet the audience. A fitting intro for 'Lucid Sky'.

With 'Lucid Sky' we come to one of my favourites on this album. After visiting dark places, the gaze is allowed to turn back upwards. A hopeful voice is heard. A sentence like "easy beauty brightens the heart" sounds simple but requires an open mind to see that beauty and to take it in. The sopranos are not the only ones to push Frateur's voice forward; a few male voices add extra depth and warmth to the hopeful message. As is typical of Baroque music, I willingly let myself be carried away by the swaying character of a basso continuo. The intimate and fragile ending bursts with self-confidence: "there's no stopping us now, a lucid sky breathes a new kind of living".

A melancholy touch can be heard on the instrumental ‘Kingdom Come’. How movingly beautiful the accordion manages to sing on this. The interplay with the harp evokes a hint of tristesse, but certainly also of comfort. These instrumental pieces give the listener time to breathe and reflect. Lay down on a blanket in the soft grass, with the sun on your face and just muse....

For the epilogue, there is the closing song 'Come Slowly, Eden'. It was already referred to in 'Fellow Traveller'. The build-up is done with the classically trained singing voices and the first stanza is sung together as a group. I immediately make the link with 'Saga' and the song 'A Part of Us All' with their valuable mantra "these are times to cherish and things to live for". It is the recognition of a changing world and the message to face it together: "as long as we're together there's nothing to fear" and "we'll face it together, there's no way to fail". There is a warm plea to get to work yourself: "be the change you want to see". Simple but clear. Is Eden invoked as the Muse or is she/he the reference to paradise - which begins with ourselves?

LUCY bids farewell with a subdued epilogue from which compassion speaks. Our protagonist is waved off with the angelic voices that we have heard throughout the album. The music gradually fades out with sparse notes, there is a soft "I forgive you" and then: only silence.

With LUCY Dez Mona & B.O.X deliver a more than worthy successor to 'Saga'. Their daring formula to fuse musical styles that are hundreds of years apart and turn them into something so beautiful should serve as an example. Let this kind of music (HUMO described it as 'baroque 'n' roll'...) be an inspiration to also bridge the many differences that exist as people and as a society. Let LUCY be the metaphor to open the heart and taste the richness that connection can bring about. 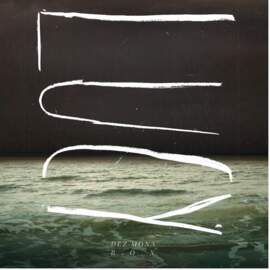 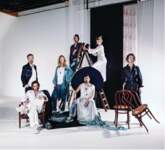