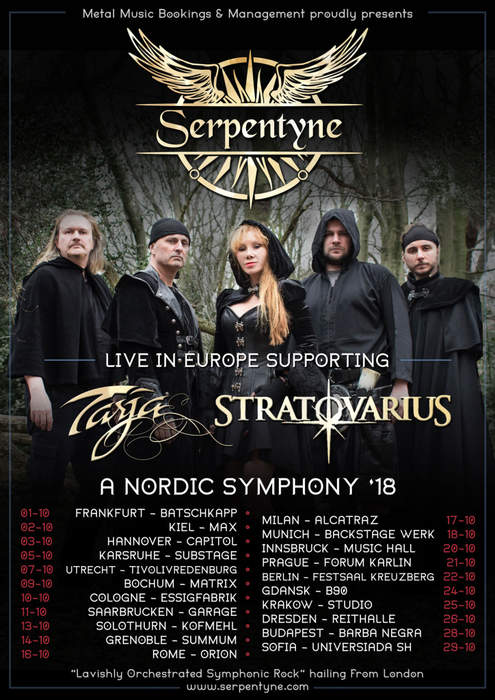 ''I have just spent 5 days travelling around central Europe in a transit van with Serpentyne who are on a 22 date tour opening for Stratovarius and Tarja. It was a thoroughly enjoyable experience but very tiring!! Late nights and early mornings followed by endless hours on motorways that at times could be monotonous whilst at others I gawped in awe at the scenery!! 5 band members, the merchandiser and me all squeezed into this van. Surprisingly all this passed off with good humour and a camaraderie that grows out of necessity. And now to my review......"

''Serpentyne have played the biggest shows of their lives in some big venues in front of crowds that were not familiar with their output but on the shows I went to (Milan, Munich, Innsbruck, Prague and Berlin) the crowds were won over fairly quickly by their infectious melodies and charisma and in return gave them deserved encouragement!! The best performances for me were Innsbruck through to Berlin where the band seemed to hit a performing high!! Lee Wilmer, the guitarist had been ill for a few shows so he could not play. From Innsbruck onwards the bug that ailed him dissipated and his performing energies increased to the point where at the Festaal Kreuzberg in Berlin he was slinging that guitar around and sliding all over the stage. The other band members seemed to exude a self assurance and easy confidence that I could not see in such abundance in the early shows!! The sound of John Haithwaite's drumming got better from Prague onwards, vocalist Maggiebeth Sand seemed to click into a groove and know how to banter with the audience. The bassist Nigel Middleton played with a relaxed smirk on his face which i had not noticed on earlier shows. The Forum Karlin in Prague was the biggest venue they played on the tour with a capacity of 3000. On that night there must have been around 800/900 people. Who would want to go back to playing pubs after experiencing this sort of crowd?? The band was very well received there and Vaughn Grandins bagpipes enthralled giving their set some difference compared to the joint headliners. When listening to the set in a bigger venue where sound has space to breath some earworms start to assert themselves on my conciousness!! To the point where one night I fell asleep listening to Tarja's The Brightest Void but woke up either with Serpentyne's ''Spirits Of The Desert'', ''Helen Of Troy'' or ''Llammas Night'' whirling around in my brain and no matter how hard I tried to get rid of these tracks from my mind they would not go. That is how strong these tracks are!! ''

''Everything had to be perfect on and off the stage from showing up at venues on time, setting up on time, sound checking on time, every minute detail had to be just right. Serpentyne being the new kids on the block had to get with the program fairly quickly and they did this with minimal fuss!! Professionalism was the key!!''

''Stratovarius and Tarja, not bands I have had any prior experience with to be honest before this tour. What can I say about them?? Highly accomplished musicians who played extremely polished sets with flawless execution.Tarja a classically trained lyric soprano with a 3 octave voice and a founder member of the band Nightwish and Stratovarius founded in 1984 as Black Water and featuring the Great Grandson of Jean Sibelius, Lorri Porra on bass. So there is a high musical pedigree there. Tarja sounds like, well Tarja, I have no one else to compare her to and Stratovarius reminds me of Iron Maiden, Whitesnake and Europe. Both vocalists being very expressive and elastic gave breadth to the material and performances. Stand out tracks for me were ''500 Letters'' by Tarja and ''4000 Rainy Nights'' by Stratovarius. Both anthemic tracks that got the crowds fist pumping or devils horning the air as if it was a compulsory act and no other reaction would do or be tolerated!!''

''After Berlin I had to leave the band and fly home, but I hope the remaining shows to come in Poland, Germany, Hungary and Bulgaria are as good as the preceding ones!! A 22 date tour is an experience with many learning curves, but curves that will bode well for the future. Let's hope that the future is one of many successes where Serpentyne are no longer openers for established acts!!'' 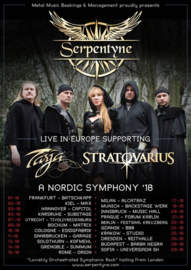 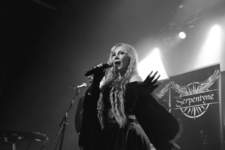 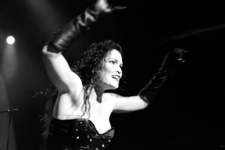 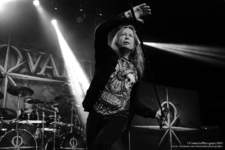 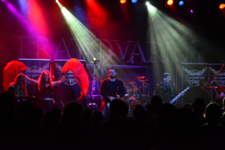