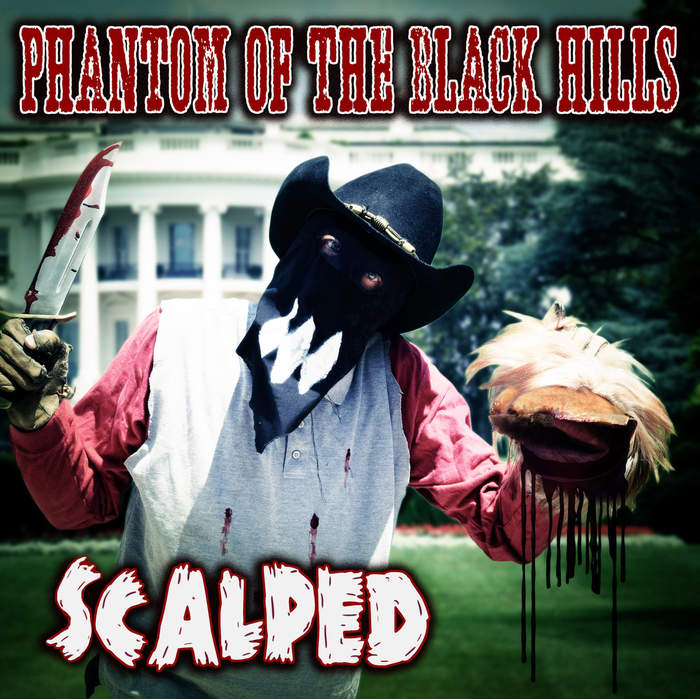 PHANTOM OF THE BLACK HILLS


Their faces are shrouded in a sort of bandana with eyeholes, like a bad outlaw of an imaginary Western encapsulated into an a temporal dimension.

Phantom of the Black Hills hail from South Dakota and have reached their fifth album showing an eversive attitude that reminiscent of The Clash. A track like “Raised On Fire”, for example, resembles a gift pack with “London Calling” inside.

A raspy, distorted voice is the backbone of each song conducting the traditional instruments (fiddle, banjo, and mandolin) to crash against a wall of guitars and drums, adding a roughness to the fiery climate.

“Wild Witch of the West” is a delicious ballad with special guest vocalist Mather Louth, member of Radio Noir and Heathen Apostles.
The highlights begin with “Dr. Dealer” that advances solemn, justifying the term 'doom country' often associated with the group. Harsh guitar and metronomic drums ensure thickness and atmosphere.
“Torchy” seems The Gun Club sharing an insane gig with the Country Gazette while the sinister bells of “Blow It Up” look back to Black Sabbath's first album, tracing the coordinates of a ride on a heavy-punk carousel. “Chiva”, and “Jeckill and Hide” are two fine silverware pieces, dramatic, pressing and goth-tinged. The imagery of the band is purely Gothic Western, a dusty mosaic, made of abandoned mines and wandering ghosts, faded pictures of bandits and hanged men joined with a powerful anti-establishment soul.
One more time, Scott 'Chopper' Franklin (The Cramps, Heathen Apostles) is the man in the control room. As ever, he has a very specific and recognizable hand, amalgamating all the components of the dark roots universe (an ideal arc from hellbilly to deathrock) in one shot.
Somewhere, out there, a memory of the '80s cowpunk spirit has survived thanks to Phantom of the Black Hills and similar groups. However, this time equipped with flamethrower and vitriol.