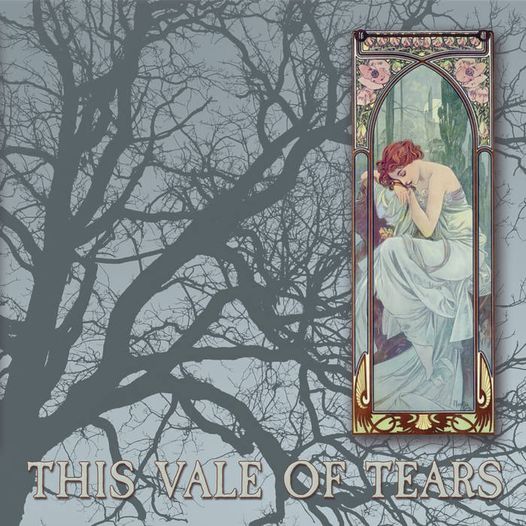 THIS VALE OF TEARS

This Vale Of Tears

This Vale Of Tears disbanded somewhere in the early 2000s after their third and final album, Exceed, in 2002. Now 10 years later, this self-titled demo which was originally recorded at Rockfabriek in Brussels and released in 1994 as a DIY tape only, found its way onto a nice colourful 12' vinyl disc. This is thanks to the efforts of J'en Fish label and original founder Tom Simons (programming, keys, vocals and production) who had these six track remastered in the UK by Henry Bainbridge of The Heatwave. I must admit I was a bit skeptical when I got this record in my hands... but when the needle dropped it only took a few seconds to remind me how good this band actually was!

Even though I've slightly grown out of the doomy Goth-Rock scene in the last decades I like what I hear on the record. I must have the original tape lying around here somewhere but man, did I forget how good these songs were! Of course it's clear the perfect remastering took them to another level. Considering is was originally intended as 'just' a demo tape this sounds damn good! The cunning programming from Tom, the 'sister' like guitar play between Bart Van Laeken (Lizard Smile) and Johan Peeters, the thundering basslines by Albert Van Onckelen and the übergoth vocals by Eric Duffeler seem to blend perfectly into six magnificent Goth-rock tracks! Are you into Goth? Well then, don't hesitate or you will be too late! Only 200 copies have been pressed!

Same genre: GOTHIC
TWO WITCHES • The Undead
DARK • Nightmare
JESU • When I Was Small
DAVID J HASKINS • Missive To An Angel From The Halls Of Infamy And Allure
VARIOUS ARTISTS • DARKSIDE OF THE CON III
THE SISTERS OF MERCY • First And Last And Always
ALIEN VAMPIRES • Evil Twin Ep
SIOUXSIE AND THE BANSHEES • Juju
VIRGIN PRUNES • Hérésie
FOXXXY MULDER • Heretic