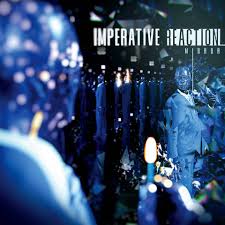 I think 2021 will be a year with great releases and as an example of this, we are going to talk about a very recent album: Imperative Reaction recently released their album called “Mirror”

I am very familiar with the music of this band and I must say that this album surprised me. His energetic style, where metal edges and a lot of EBM are mixed, in Mirror is accentuated much more to offer powerful songs. It is musically very complex and loaded with arrangements, with a very rich sound structure.

In this album of aggressive musicality, the band is able to combine electronic elements and tools with melodies performed with conventional instruments where it is clear that there must have been a lot of production work.

About the vocal work I must say that it is excellent. Especially the expressiveness in the singer's voice is very noticeable, as well as the tessitura and the effects being used. All the musical resources that the band uses in Mirror have obvious results.

Of the 11 tracks on the album I highlight "Split" and "The Scales" because, from my point of view, they are the two songs that define Mirror. On the other hand, although this new album is not entirely in the style of Imperative Reaction, I think this latest release is planned in a different way. For me, the album has faster and more intense rhythms than everything they have done. I also think that Mirror has many more elements and sound ornaments than in all the previous work of the band, although this is just a mere opinion...

This is a highly recommended album that I really liked, so I hope readers can enjoy it too.