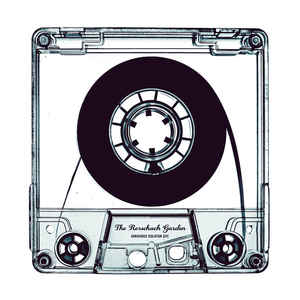 Founded in 1988, The Rorschach Garden is the solo project of Philipp Münch, mainly known from his works as Synapscape. Ever since, The Rorschach Garden has grown into a proper band with a steady lineup and a great reputation for live performances. Their musical style has developed into a unique blend of electronic pop music that defies genre limitations. On their brand new EP Dangerous Isolation Site, released by Ant-Zen, The Rorschach Garden sounds yet again very vintage, and at the same time very fresh. Philipp’s melancholic voice perfectly fits the rather minimalistic and dark dystopian atmosphere these four tracks breathe, songs clearly inspired by the current pandemic and lockdown. Opening track ‘Dangerous Strangers’ fits perfectly in a Minimal Electro Synth Wave setting with a nice arpeggio and synth melody which reminds me a bit of Snowy Red, Poésie Noire and Severed Heads. The second track ‘Sometimes’, only two minutes long, sounds a bit more eclectic but still fragile, also due to Phillipp’s higher pitched vocals. ‘Isolation’ is yet another perfect Minimal Electro Wave track that will get many of us on the dance floor when played at the right volume. The last track ‘Holiday Site’ will have the same effect on your feet. The Rorschach Garden does not pretend to make the perfect music or to have invented a new genre and they don’t have to, because in the end, I personally know few bands and musicians who are so pure and honest in what they do. That alone should be reason enough for you to check them out!