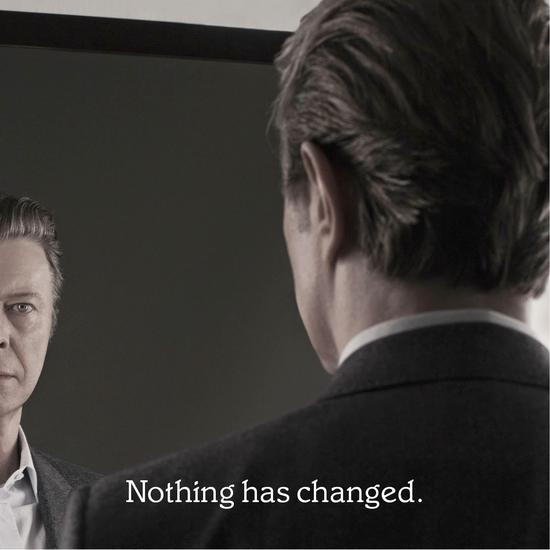 After 50 years of recording, it's not surprising to see a 3CD best-of set of David Bowie's most familiar work - there's a lot to get through. Running in reverse chronological order, this deluxe version of Nothing Has Changed (Everything Has Changed) contains just about every key single from this year's quirky freeform Sue (Or In a Season Of Crime) right back to 1964 debut Liza Jane recorded as Davie Jones and the King Bees.

Included are a handful of unreleased/rare tracks from the aborted TOY sessions from 2001 (Liza Jane being one of them, incidentally), plus various 7" edits and stereo mixes that have proven hard-to-find on CD in recent years, including later singles Seven and Survive in their Marius de Vries forms, his Hallo Spaceboy collab with Pet Shop Boys, the MM remix of Time Will Crawl, Harry Maslin's 2010 remix of Wild Is The Wind and an unreleased stereo mix of All The Young Dudes.

As a body of work, Bowie's is instantly recognisable, save for his occasionally ropey '80s/'90s output such as the much-derided Tonight album and the highly-average Hours set - both of these long-players are somewhat featureless and bland, apart from the singles. What is fascinating is how Bowie's vocal style has remained consistent from the '70s onward. The Man Who Sold The World from 1970 sits perfectly alongside Sound and Vision (1977), China Girl (1983) and New Killer Star (2003), a timeless riff here, subtle production nuances there but all glued together by Bowie's unmistakable ciggy-powered wavering croon.

Each of the three discs represents key periods in Bowie's career, a warts and all resume of all that's been good and bad. For every Jump They Say (yeah!), there's a Dancing In The Street (gah!) but it's all part of the journey with Brixton's Thin White Duke. It's the last half of this compilation that arguably rounds up his most influential material, from 1980's Ashes To Ashes, through the Berlin period, his Ziggy era and onto Space Oddity, his first number 1 single in 1969 - that's an enviable decade's worth of gold right there.

Nothing Has Changed isn't a completist's dream - there is no space for John I'm Only Dancing, Peace On Earth (whew!), TVC 15, Miracle Goodnight and several other minor hits - but is a few hour's worth of some of the most ingenious and imaginative art committed to plastic. There are one or two glaring errors in the booklet - since when was Strangers When We Meet released in 1980? - but these are minor quibbles. Nothing has changed, Bowie is still an untouchable global enigma.