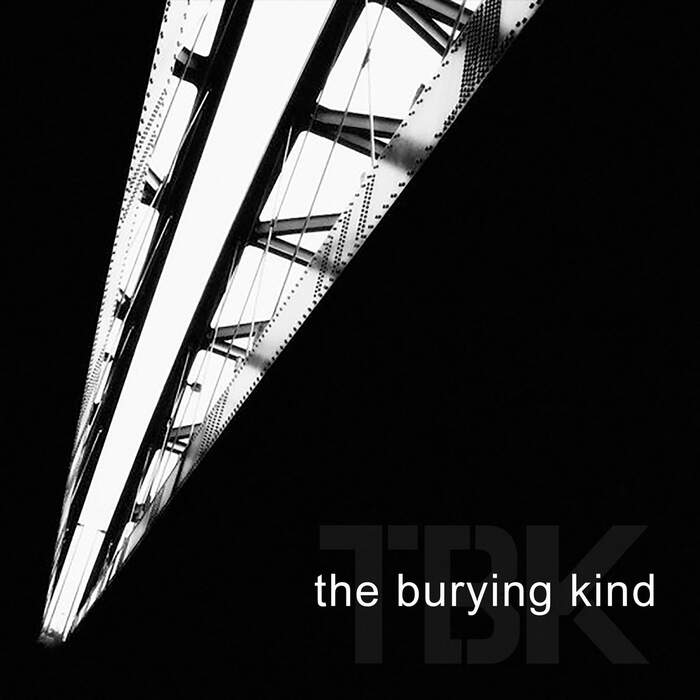 Formed by Scott-David Allen (of A Covenant of Thorns) alongside with The Joy Thieves’ Dan Milligan, The Burying Kind became the new step of these two musicians working together.

“We never once discussed what sort of music we wanted to write.” – says Milligan. Over the years, he’s been active as a drummer and contributing on a production side with numerous industrial oriented bands. In this sense, The Burying Kind is something different. Dan adds: “We just started sending song ideas to one another, and the sound developed naturally.”

The impossibility of being at the same place at the same time during the writing process made Allen and Milligan to focus on their duties exploring the boarders of sounds and projecting their layers with each of the songs. Dan explains to me: “We would email song ideas and tracks to each other…” – that principle led to astonishing result of their work.

First of all “Falling Over” and “Blur”, then “Horizons” consisting numerous pop-elements and general tonalities. The duo does not focus on one thing only: they try to keep everything rich and exciting, combining bits and pieces to create a certain authenticity. Commenting on this, Milligan stresses: “Our writing styles were so similar that even now, both Scott-David and I have a hard time remembering which one of us wrote which parts or songs. And having written music with a LOT of people over the years, I can tell you...that is VERY rare!”