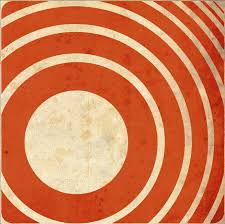 The Ticket That Exploded

Dead Rabbits from Southampton is one of the most popular bands on Fuzz Club. After having released TimeIsYourOnlyEnemy, the British label of the band made a trip in the past by releasing the debut album from 2013 on both CD and vinyl, and for those who are interested, there is even a tape available.

You can say a lot about this debut, but not about the fact that this gem is unknown. Well, okay, that’s probably the fate of many good indie records, but it still hurts as this album is surely as good as a classic by The Telescopes or Moose (if you can remember them).

Described by the label as music that captures the bleak reality of growing up in modern Britain, you will find nine tracks here that all breath a high dose of nihilism. The vocals by singer Tom Hayes are as careless as those by Jim Reid. The songs are quite psychedelic (hello Spacemen 3!), the fuzz guitars are shoegaze (so hello Loop!) and above all: it’s noisy pop (well hello My Bloody Valentine!).

Of course there are many bands that make music like this, but you’ll rarely come across a band that makes irresistible tunes like It’s All In Her Head, MMB or Pulling The Trigger (the song with the superb chorus All I Ask You Is To Leave).

Perhaps pop noir with fuzz guitars is a perfect way to describe the sound of these lads. I don’t know, but it sounds superb and for this kind of records, people invented the repeat button. This is top!