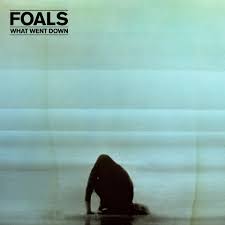 Destined to be an arena-filling prospect for some years to come, Foals are an odd lot. Their music has regressed somewhat from the days of 2008's Antidotes - gone are the intricate lively rhythms that spawned irksome categorising such as 'math-rock' and 'indie-geek', now we're saddled with the same dull emotional dribbles that seem to emanate from the likes of Bombay Bicycle Club etc. Still, it's not all bad news. Albatross is one of those gradual build-up songs that Foals specialise in, so much so it probably should have kicked off the album, rather than the histrionic title-track. Snake Oil sounds like Hookworms in places while London Thunder is the mellow sandles-off lull in proceedings that is actually rather enjoyable with repeated listens. The rest of the album is well-intentioned sad-faced indie-disco and rather soulless at that.