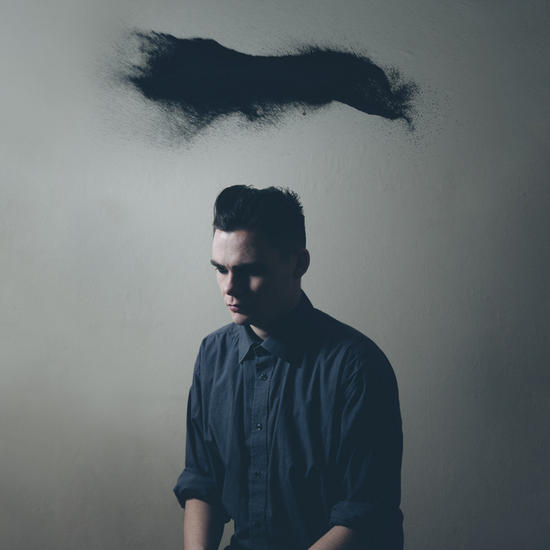 So at this stage everyone knows Lebanon Hanover, who I have to admit are one of my favourite Goth/Minimal/Cold Wave bands. William Maybeline, one half of Lebanon Hanover, has a new side project and this is his first solo release as Qual.

The 10 tracks are full of gloomy synths and William’s desolate brooding lyrics. However for me Sable as an album is arranged just plain oddly.

The most moving track is kept for last, Rip Doth Thy Scarlet Claws, which has a super synth line pulling along Williams trademark deep mournful vocals. I can’t understand why this isn’t the first track setting the tone for the whole album on a high.

If you’re like me and listen to music while doing your cleaning, a la Freddie Mercury “I want to break Free,”then you will be well and truly finished your dishes, mopping, vacuuming and out of drag by the time Rip Doth Thy Scarlet Claws turns around on your turntable.

Sable only starts to get interesting three tracks in with the minimal wave number Flay followed by Benevolent Technologies which has some EBM sounds that remind me of good times on the downstairs floor of the Slimelight back in the late 90’s.

There are strong tracks on here and I’m usually fond of Avant releases, but this just goes to show how important getting those tracks in the right order is. If you’re going to give this release a try download it from Bandcamp and pay yourself the difference for reordering the best tracks to the front. Otherwise you’ll spend half the party getting up to skip a track on the LP.