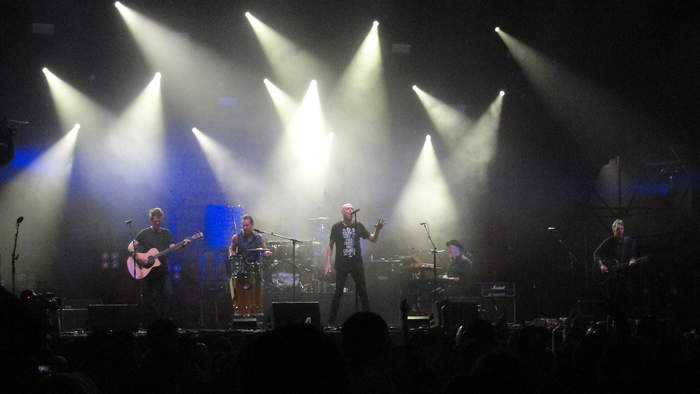 Midnight Oil is one of the few bands that knew how to combine protest songs with hit success. That doesn't have to be a paradox if one, for example, donates his gains to the good cause besung. What Peter Garrett and his band didn't warn of or put a spotlight on, we honestly don't know. Just read the lyrics of the song Protest from 1985. The band from Sydney built up hit success quite cleverly out of their experimental sound of the late seventies and early eighties - with even an occasional disco tune. It culminated in a more mainstream protest rock which, from around 1984, distinguished Midnight Oil with a series of strong albums and in the low countries three singles that had a lot of airplay, amongst which the top hit Beds Are Burning. The nineties brought confirmation of their big political and environmental voice in versatile artistic productions but without notable singles. Garrett was already busy with Australian nature conservation and Greenpeace. From 2003 onwards the singer wanted to practice what he preached even more intensely. He got a seat in the Australian Parliament and managed to become a minister in two consecutive administrations. Midnight Oil went into slumber status until May 2016, a month wherein Garrett announced the comeback of his band as well as a solo album.

As an early ecologist the words of the bald front man still easily find connection with reality. Also on a musical scale the mature band still performs solidly. The Oils played an energetic set in Zottegem just as if they hadn't really been away. But in the meantime beats have become loud, even at a rock festival. Luckily the comical spasmodic dances of Peter Garrett - a real minister of silly walks - were not techno driven. Drummer, Rob Hirst, also had a great time - he's the band's driving force - and with just as much enthusiasm he weilded his drum sticks around. Guitarist Jim Moginie took his place at the organ for Whoah and it was something of an intimate celebration. Truganini opened with Garrett on mouth organ, a familiar sound for the fans that grew up along with the band and it was captivating. Before yet another great harmonica solo in Blue Sky Mine - a song about asbestos victims and still topical - Garrett asked for the public's compassion because it's a tough time for people in the US having the dumbest president in the universe. Nothing new of course but he wanted it said! After that the piano melody in My Country and Martin Rotsey's acoustic guitar met for a highlight that flowed out into a powerful collective singing of the other members. Short Memory came, refreshing the world's conscience to the Belgian events in Congo. Hirst had then already taken position at the front, next to Bones Hillman on acoustic bass, and his one handed beat on the snare drum created a unique momentum with Moginie's piano improvisation. Another superb soft spike was Put Down That Weapon - somebody's got to sing it - with airy keyboards by Moginie and the band completely alive. The Australians had brought with them a sax player and that added value played out well in Beds Are Burning and last song Forgotten Years. While the band members received inspiration and political energy largely through the situation of the aboriginals, even some descendants came to see them. Obviously Beds Are Burning ended in a beautiful public chant. A concert a little longer than an hour, we could take more, but it was intense enough as a compensation. A happy meeting again in the heart of Flanders!

Setlist: The Dead Heart/ Redneck Wonderland/ King Of The Mountain/ Whoah/ Truganini/ Blue Sky Mine/ My Country/ Short Memory/ Kosciusko/ Only The Strong/ Put Down That Weapon/ Beds Are Burning/ Forgotten Years 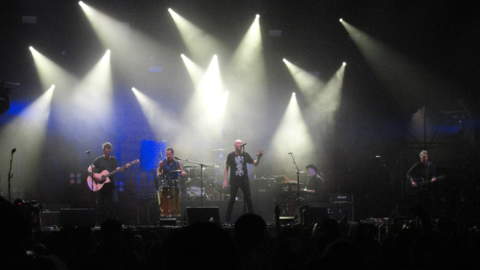 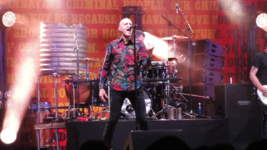 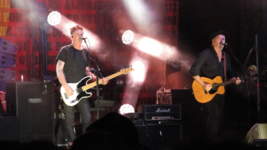 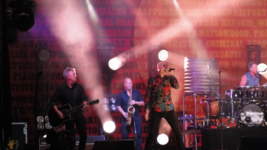 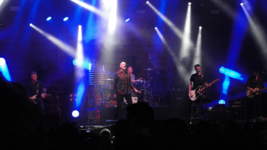 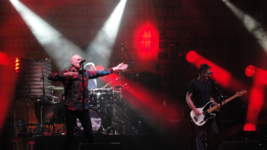 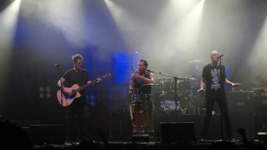