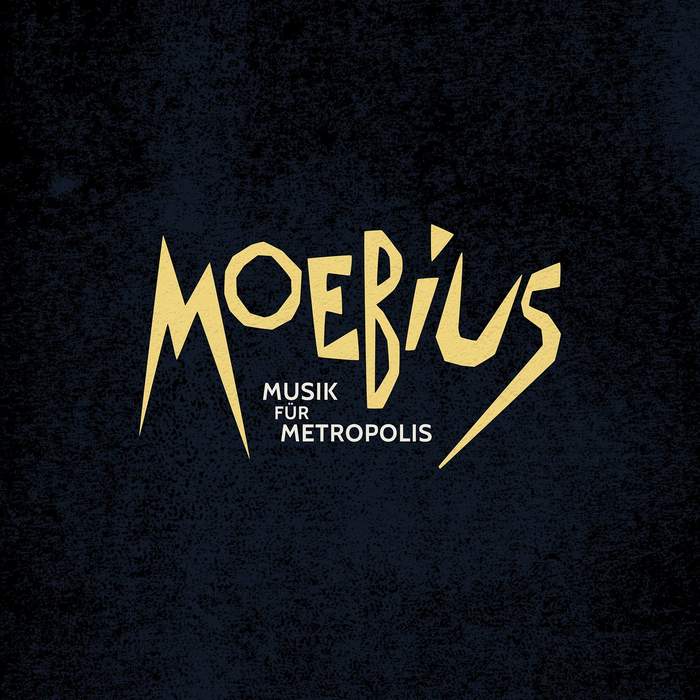 Rightly regarded as a pioneer of German electronica through the past half-century or so, the late Dieter Moebius not only helped pave the way for the likes of Cluster and Harmonia (he co-founded them), Tangerine Dream (influenced), Conny Plank (worked with) and Kraftwerk, he had a cool name to boot. Defined as a surface with only one side and one boundary component, Moebius the musician was far more faceted as this homage to Fritz Lang's futuristic silent movie proves.

The original plan for Musik fur Metropolis was simple enough - in 2012, Moebius was invited to compose an interpretation for a live performance that integrated live improvisation and playback. After promising a full-length reworking for an album release, the plans were understandably cut short in 2015 when Moebius passed away.

Cue Dieter's widow Irene who, along with longtime collaborators Tim Story and Jon Leidecker and Berliner Jonas Förster, has completed the work from various demos. As you'd expect, Musik fur Metropolis is a great fit with the humming of machines, atmospheric industrial soundscapes and waveforms from another galaxy. Of the four extended pieces, perhaps Tiefenbahnen (underground railway) best reflects the screenplay of the original with its complex textures and steam-hammer rhythms, while Mittler brings the whole thing to a close with a melange of eerie found-sounds and chattering electronica.