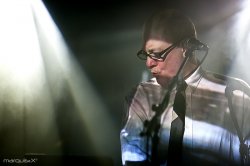 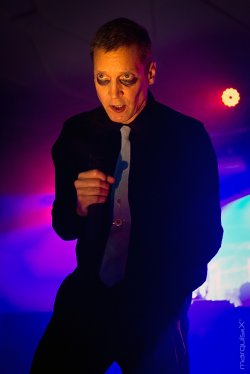 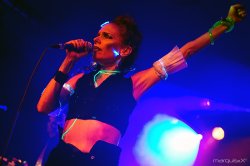 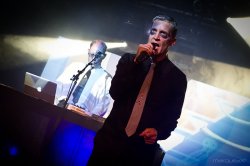 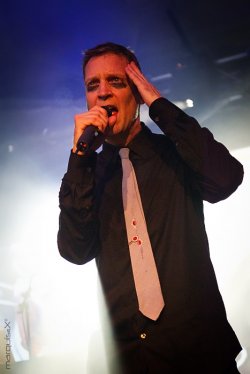 Music played on analog instruments has a distinct feel about it that some people prefer over a cleaner, more digitized sound

One of the bands that you may not miss at this year's Rewind Fest is Crash Course In Science. This band only released one EP but managed to have a great influence on today's music. Time for a chat, don't you think?

Well hello, to ask it directly…ever thought that you still would be involved in Crash Course In Science 30 years later?

It doesn’t really surprise me that Crash Course in Science has been out in the world this long and still going. The project has had a life of its own all along. It may go into hibernation for a while but something always happens to re-activate it.

You were operating in Philadelphia; were you the only ones over there who were doing that minimal synthstuff?

As far as I know, when we first started, we were the only ones in Philadelphia that were using homemade synths and toy instruments. There wasn’t a minimal synth genre back then, our approach came out of more of a punk mentality. This is what we had to work with and we tried to make the most out of it. Because we used what we did, it set us apart from other bands that were using more traditional electronic equipment.

Is it a myth or is it a reality that most of your material has been made with toys?

It is true. In the beginning we used crude electronic toys and then began altering them. Moving forward Dale began to build homemade synths that took the altered sounds further. These homemade instruments are what we still use today.

Now everybody is raving about the minimal synth sound, but in all honesty…wasn’t that sound only minimal as the bands simply didn’t have no equipment to buy expensive stuff?

Music played on analog instruments has a distinct feel about it that some people prefer over a cleaner, more digitized sound. I think to a certain extent it’s true that bands may not have had funds to buy more expensive equipment. We realized early on that what we were using gave us the results we wanted. Sometimes circumstances can inform you in an unexpected way and you realize how to work with what you have.

All genres of music get revisited in time. People can find inspiration from anywhere, art from the past will influence art in the future.

In fact, do you follow that scene as such?

Do you understand the obsession some people have with minimal synthmusic?
(Actually I’m one of them….)

It seems like minimal synth music really is an inspiration for a lot of people and it triggers the imaginations of those who follow it, anything that does that can only be seen as a positive thing.

Back to Crash Course In Science…do you try to create a sound which sounds retro or is it today something totally different on stage?

Every person over here who is into alternative music once danced to the tune of “Flying turns”, is that the case in the US as well?

Flying Turns gets played in the clubs here in the US but more so when it was originally released in the early 80’s. It found a wider audience in Europe.

In fact: are you aware that your music was heavily played in clubs here and was one of the influences for the later EBM sound (and even the New Beat sound here in Belgium)?

We learned about that after the fact. We didn’t know at the time of our records release that it was being played a lot in clubs in Belgium and that we were considered influential. Sometimes I do wonder if a band would made such music in 2010 (I mean with a very limited sound) that they actually could make it….

In fact, it makes me wonder… I know quite a lot of people who own that famous “Pier”’-EP.
How was it possible that such a DIY-thing got so well spread over here?

When we recorded “Signals from Pier Thirteen” it wasn’t conceived to be a dance record, it was more about creating a vivid snapshot of what Crash Course in Science was at that moment. We weren’t sure what the reaction would be but it’s a true representation of us at the time.
The inspiration for “Signals from Pier Thirteen” was a real place. There was an abandoned pier that was located along the Delaware River in Philadelphia called Pier Thirteen not far from where we rehearsed. It seemed to have been active around the first half of the 20th Century. All the images used on the cover of the record were either photographs of the pier or of objects that we found there. Pier Thirteen was a big influence for us and we went there often. Huge silent machinery stood abandoned with shapes, shadows and debris. Daybreak was a favourite time to go there. Pier Thirteen triggered our imagination and I guess the record itself triggered the listener’s imagination as well.

If I may say so, your sound is influential…but there never were that many releases.
How comes?

Although there were only a few releases initially by the band, there were many phases of Crash Course in Science that are documented by unreleased recordings. We were happy that our album “Near Marineland” was released last year as part of our box set on Vinyl on Demand in Germany.
As Crash Course in Science progressed we experimented with different types of instrumentation and wrote a lot of material over the years that we would perform in our live shows. We also wrote, collaborated and performed with other artists. Getting a record deal with the kind of music we were making back then was a challenge.

I understood that apart from Crash Course In Science you were involved in other musical projects. Were they similar or something totally different?

The other projects we were involved in did have a somewhat similar sound but did deviate a bit as well. Dale and Mallory did solo performances and had side band projects called “Green Ghost” and “The Flaming Bango Bangos” with Pete Baker from The Stickmen.
Green Ghost explored a more oblique visual soundscape and The Flaming Bango Bangos ventured into a more funk-noise oriented sound.
Michael also did solo performances, formed the band “KMZ” with Ken Montgomery and was a member of the performance art group “Disturbed Form Theatre”, with dancer/collaborator Greg Reeves, primarily scoring soundtracks and designing slide projections. The soundtracks for “Disturbed Form Theatre” were raw and noisy at times, and quiet and ethereal at others.

I ask this to everybody….what’s your favourite record of all time!

“Dance to the Music” by Sly and the Family Stone

Many thanks for doing this, I give you the last words…..

We look forward to expanding the Crash Course in Science project and presenting it to a new generation of listeners.

CLAN OF XYMOX • Each song has a memory for me, like a photobook.
INKUBUS SUKKUBUS • I do feel an altered level of consciousness at live shows
NEON ELECTRONICS • Our future plan is to continue with the continuation ;-)
QNTAL • The music of Estampie is created in the rehearsal room, Qntal is a computer project.
DAF • When you listen to EBM bands nowadays, they often sound like us.
HOWARD JONES • Live shows are the future of music because you can't digitize a live performance... yet.
PROJECT PITCHFORK • Every single human has got the power to change the society and the world
VITA NOCTIS • We are thrilled to be on the same stage with The Klinik again in Beveren. It's like a flashback come true!
COVENANT • The Belgian EBM scene was a major influence for us!
EMILIE AUTUMN • I'm a Muppet crossed with a unicorn!