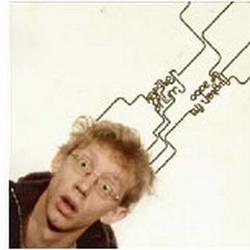 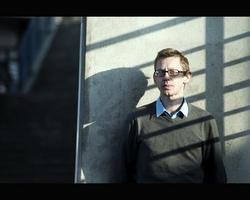 I have never really been able to make a living of the record sales alone, so the numbers don't really interest me that much. I make music mainly for my own sake, because I can't help it and because I really enjoy doing i

Danish musician and DJ Karsten Pflum released a new album recently. We asked him if we could talk about Dode and his career in general, and to our surprise he found time to sit down and answer our questions.

Would you please introduce yourself to our readers and tell us about your past activities and your former work?
Hello! I am Karsten Pflum, a Danish producer and DJ. I've been releasing music since 2002 on various record labels - Danish, English and German labels mainly. My last three albums were released on the German label Hymen Records, with which I have a very good understanding. All together I 've made 7 albums so far, plus a bunch of EPs, remixes and tracks for compilations. I've been playing live a great deal in most of Europe and occasionally in more exotic places like Thailand and China… I work within different blends of electronica, inspired mainly by classic genres like ambient, electro, jungle, techno and house. My personal interpretation of these sounds is a quirky, melodic, twisted, yet often evocative and danceable style of electronica.

What about genres that you are interested in and what about your influences?
The list is long! I listen to all kinds of music and I am influenced by it. I started going to raves as a teenager back at the end of the 90s, where I was listening a lot to people like Basic Channel, Robert Hood and Plastikman. But I was also interested in the more experimental stuff coming from UK labels like Rephlex, Skam and Warp. People like Bogdan Raczynski, Mu-ziq and Autechre and AFX of course. Around 2000 there was an explosion of electronica coming from Scandinavia - people like Future 3 and Bjørn Svin from Denmark were guys I looked up to, and who helped out with advice about how to get the music out. I sent a demo to the Danish producer Opiate (who has worked with people like Björk and Alva Noto) and he recommended me to send my tape to a London Label called Worm Interface. They were a very active label around 2000, with releases from people like Freeform, Jake Mandell, Solar X and Tom Jenkinson. So, I was super happy that they wanted to release my debut album Tracks in 2003. Other Nordic artists that I was inspired by at the time were people like Kim Hjorthøy from Norway, and Swedish artists Bauri, Ola Bergman and Plod. For me their sound is very much the sound of the early 2000’s. There were quite a few small electronica labels I followed: Toytronic in the UK, spa.RK Records in Spain, New Speak in Sweden, Merck in Miami and April Records in Denmark.

Nowadays, I listen to a wide palette of stuff, both the new stuff coming out and the old stuff that I somehow missed at the time. A major influence at the moment is the British label Irdial Discs. They were pioneers in releasing acid house, techno and what they called ambient house around 1990. Records from In Sync, Aqua Regia and Luke Slater from that time have been on heavy rotation for the past half year or so! Newer acts (after 2000) that I really like at the moment are different people and styles like E.R.P., CiM, Lakker (and Eomac), Somatic Responses, Legowelt and Cristian Vogel (in no specific order or genre or time).

What are the ideas behind the recent album?
The idea for my newest album, called DODE, was to make a selection from recordings I had made the previous six months or so. I had a total of 40-50 sketches, unfinished music, that were basically all just recordings of jams and improvisations that I made every night, without ever going back and finishing them. I listened carefully to the whole bunch, some of the songs I didn't even remember making! So, I picked out 10-12 tracks and added extra layers and details to the original idea. The result was a very synthesiser-heavy style that had both ambient qualities and the more electro'ish dance floor orientated sound. For the cover and the overall theme of the album, I was greatly inspired by some old drawings and paintings I found on the net, from an old roleplaying game I used to play with my friends as a kid. So, I choose to call the album DODE, named after this game Draker och Demoner Expert. The artwork for the cover was done by my friend, who reworked one of the classic illustrations from one of the books, into a woodcut print. It's a bit funny how people have taken this theme very literally after it came out - claiming they can hear the fantasy vibe and see the references. To be honest, I don't really think the music itself has much to do with roleplaying...

Where would you situate your recent album between your past and future work?
The new album is perhaps some of the most emotional stuff I've made, apart from my last album Sleepwald, which was an ambient record. I've toned down the complexity of the drum programming and left the complexity more to the actual sound design - the layering and movement of the sounds. I have definitely done much more danceable stuff earlier, but this album I would definitely consider "home listening". I guess the style on DODE is more poetic and suggestive than most of the other stuff I've done.

Your future plans?
I am again in a state in which I am working very unconsciously on new sketches and jams every day, without finishing any stuff really. I enjoy the sheer creative approach of making tracks at the moment. So, I guess at some point there will be enough music to start getting a real picture of what I am actually doing. I'm also making some occasional remixes and compilation tracks on request. But mainly I am experimenting a lot with my set-up, and having a lot of fun!

What about making music and albums in a decreasingly/rapidly changing market?
Well, I have never really been able to make a living of the record sales alone, so the numbers don't really interest me that much. I make music mainly for my own sake, because I can't help it and because I really enjoy doing it. It is my full time occupation. I see my music being spread out quite well via the internet, as I have followers all over the world. I often see that other people write about me that I am an underrated artist who hasn't received the attention he deserves. Maybe I have been to shy about promoting myself, maybe it's because I'm Danish - we all tend to be quite modest and content with the way things are. I feel I've always been very lucky that labels were willing to release my music, and that people have booked me for shows more or less all around the world. I don't really like the rock ‘n roll attitude, that dictates that a musician should be this half god or idol for other people. I think it's stupid the way the more commercial acts, without mentioning any names, focus so much on their image and the whole business angle. I don't need a new car or house really, and I never expected to get rich from writing music. Really, I like the thought that all art should be free. Also I've been thinking about how simpatico the idea of selling my music to one person is, a bit like the crowd funding model, as if it were a painting or a unique piece of art. And then letting people themselves take care of how they want to distribute it from there.

Where can you be seen and heard this summer or autumn? it there a chance to see you in Benelux or in the neighbouring countries?
Well, I guess the closest I am coming to the Benelux in the near future is Switzerland, where I'm going soon. Not really close, huh?! I'm focusing mainly on writing and producing at the moment, so I don't play that many concerts outside of Denmark these days. Let's see - you never know…

PROJECT PITCHFORK • Pitchfork never rests, there is always something new and interesting lined up.
POPSIMONOVA • One of my biggest wishes is to a make a soundtrack for the movie, my huge inspiration is John Carpenter!
ME THE TIGER • I would say that Me The Tiger is a part of the 80s, a part of the 90s and a part of the present.
ARMONITE •
SOLAR FAKE • We just have the best fans ever!
CASABLANCA • We do not completely fit in the prog metalrockscene, we 're sounding too much like a popband
SIERRA HEUERMAN • My favourite thing about LA is that everyone here is following a passion and has a drive to better themselves.
BERLIN-OUEST • From Brussels with Love
BILL AND MURRAY • You might say we are dreamers (but we're not the only ones).
ONMENS • Some of them are even shocked by our live performances.