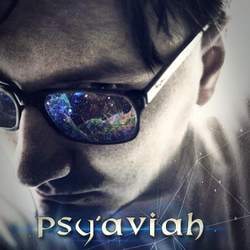 Psy’Aviah has released a new album, the seventh already: Seven Sorrows, Seven Stars. It is the second album, after The Xenogamous Endeavour, since the project took a new twist and appealed to guest singers on CDs, and it appears to be a success once more. Soon, the group will also be back on stage. We asked masterbrain Yves Schelpe about what has happened in recent years.

Hi Yves. You just released Seven Sorrows, Seven Stars which gets great reviews, just like its predecessor The Xenogamous Endeavour. Are you satisfied?
Very satisfied, especially because, after The Xenogamous Endeavour, I was suffering from a writer's block. So I tinkered a lot and searched for what I wanted to do, what I wanted to write. I'm so glad the songs, as well as the choice to work with guest vocalists are appreciated.

Seven Sorrows, Seven Stars, it sounds almost biblical... Can you say something more about the title?

It is twofold, firstly because this is the seventh studio album, and secondly because life is a bit the same, 50/50 good and bad. I also wanted a reference to the inspiration for this album, the film Interstellar (especially on the track Alcubierre Drive). All this is contained in the title of the album.

Now we're at it, the meaning behind The Xenogamous Endeavour intrigues me even more...
The Xenogamous Endeavour was the first full album with a new twist for Psy’Aviah. All the songs had a focus on guest singers instead of one permanent singer. The title is a reference to that ‘attempt’ or ‘challenge’. ‘Xenogamous’ itself means cross-fertilization, the cooperation with all sorts of vocalists and crossing different elements from many genres - something that most people already associate with Psy’Aviah.

Previously, Emélie Nicolaï was the regular singer. The inevitable question: what happened that caused the split with Emélie Nicolaï?
Let us briefly say that there was a discrepancy between the bet, or call it motivation, to further expand the Psy’Aviah project. I wanted to try more, experiment and write more songs and demos. I do not blame others if there is not the same interest or input, but ultimately it is simply a logical choice for a project to survive when you find that the input is not balanced.

Was it an obvious choice to move on and rely on guest singers?
Kind of, as guest singers were already present on every album. It's something I always did and that I like to do, because it gives you the opportunity to find the perfect match for each song. So continuing with albums with guest singers was a natural evolution for me, and gave me the freedom to also experiment more in the writing of lyrics and vocals. In that sense, the cooperation is virtually the same as before. I write demos, lyrics and vocals - some guests do write their own lyrics and vocals - and send it, as in the period prior to this new concept.

On Seven Sorrows, Seven Stars, there are a lot of male singers, while only female singers participated on The Xenogamous Endeavour. Why?
I used to work with a woman's voice, so on The Xenogamous Endeavour, I continued in that direction. But for Seven Sorrows, Seven Stars, I wanted to use male voices, which often can give a totally different character to a song or story. It also fits perfectly into the story of the new album. And, as always, I wanted to try new things... It's a miracle that some fans still can follow.

Psy’Aviah is known for its many elaborated video clips that you make for the songs. This must be a considerable investment of money and time. Why do you attach so much importance to the clips?
The majority of the videos are own productions, so we usually can save on the budget. But it is certainly very time-consuming. I think a video is important because it can give an extra atmosphere to a song, or even an extra dimension to the story of the lyrics. Furthermore, I think it is always much nicer to see a moving image then a static picture on with the music underneath on YouTube... The value of YouTube is to make motion picture, right?

Psy’Aviah has ten releases so far, if we also include EPs and singles. How do you feel when you look back at it?
Really fine. I never expected that I would ever do those things when I started as a 16 year old boy. It doesn’t amount to so much in ‘the grand scheme of things’ - but the feedback from fans on some songs, the personal stories… They are so nice to look back on. Furthermore, I certainly never expected that after I was busted from the music school by my teacher... Never give up, I'd say.

The sound of Psy’Aviah has become less aggressive over the years. Do you mind if I say that Psy’Aviah has evolved from dance to listening music?
I certainly do not mind. It 's not about making loud music, but about telling a story. Some songs need a harder sound; others need a more synth pop and trip-hop feeling. I always try to add a dark atmosphere in there. A song like Frozen might not be the hardest track, but it does have an acid bass line. Not What I Expected is not the most aggressive track either, but it does have the edgy feeling with lyrics that stand for something. We’ve actually never done an album full of very hard hitting electro, but it's true that we are exploring more genres like trip-hop, synthpop or ambient.
However, each album has its harder songs such as ‘Deliverance, Wild Ride, Before I Die, Not What I Expected and so on... So I can definitely find myself in your comment, but I certainly do not mind. It's an evolution, and that is something Psy’Aviah has always stood for: ‘Open-Minded Electronic Music With Heart & Soul’.

You will be playing live again soon, for the first time since you played with Praga Khan in January 2013. Your first appearance new style will be on the next Dark Entries Night, on September 9 in Kinky Star in Ghent. Did you miss the stage?
I certainly missed the stage. After two albums - and in a sense also the Future Past EP - I thought it was time to release the new songs live, especially since the last two albums were very well received, both inside and outside the scene. Several people had already asked if we could perform live, but I had to puzzle to see how to do this, since each song was recorded in the studio with another singer. So it was searching for the perfect singer for this.

Was it difficult to find a new live band?
In terms of guitar player I had already a strong man: Ben Van de Cruys. He knows his stuff and gives the songs an extra dimension live. That was not a problem. For the vocals, it was a quest! I encountered many different singers, who were all very good at their thing, but just were not all-round enough. I then gathered my courage and asked Marieke Lightband - known from KOALA, Talent winner of the Low Countries, experienced with numerous appearances at home and abroad - to see if she would want to sing the varied Psy’Aviah genre... and she did! A long search, but quality always comes first, both in the studio and live. Ben knows exactly how to fill things with his guitar work and Marieke has a nice timbre and a vocal range that can handle all the songs I have made in the studio. This means that we give the songs a pretty surprising twist live. The first rehearsals run smoothly, and we are really looking forward to it! See you there!

WILD ROSES FOR THE EXIT • I really want the experimental side to take over eventually but I do love the beauty of a classic pop song.
IMMANENT DISTANCE • The story we started on the first album, comes to a climax on the second album.
DAGEIST • Music is a real pleasure to share and it doesn’t have to be a commercial obligation.
LUPI GLADIUS • We can say that we’re living the “death of Europe” and there is nothing that we can do about it.
NERVOSA • All we want to do is to play everywhere we have the opportunity
ME THE TIGER • We believe that it is better if people dared to stand up for their beliefs and values, even in public. Otherwise, society will crumble from within.
FROZEN NATION • We are afraid to have mistakenly made a hazardous crossover between darkwave, goth, EDM and disco music…
LABEL INTERVIEW: BOREDOM PRODUCT • I didn't create the label to make money, but to have a platform for expression.
ORDO ROSARIUS EQUILIBRIO • Is it really tragic? A soundtrack 4 the end of the world. How can that be tragic?
JOHN FRYER (BLACK NEEDLE NOISE) • The future is always the past and the past is always the future.

Other reviews from PSY'AVIAH
PSY'AVIAH • 'For me, music was important, because I can lose myself in it and find comfort in it.'
PSY'AVIAH • 'You cannot label our music. It's Psy'Aviah-music, that's what it is'