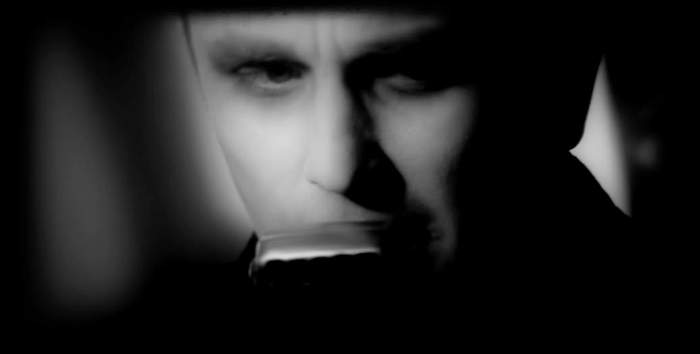 We asked Ian Revell of Double Eyelid which ten albums changed his life...

1. QUEEN - Greatest Hits
As a kid growing up in a small town, this record changed everything for me. It arrived in the mail - a gift to my mother from my uncle - and for the first time I was exposed to something beyond the folk music my parents loved and the pablum of 1980s AM radio... it was like reaching the Land of Oz and finaly seeing everything in colour. Queen were a band that had no limits. And this was about 1983 I think, which was the perfect time to discover them... just after their heyday, so all of the really great Queen albums were easy to find in used record stores. They were the first band I was really passionate about collecting and kind of fuelled my love for music in general. And they were also the gateway to my discovery of David Bowie... more on him later.

2. DEAD OR ALIVE - Youthquake
I was entering my teenage years when You Spin Me Round came out and it might as well have come from another planet, I'd never heard anything like that on the radio before... Pete Burns was and is an unique singer and physical presence and he had an edge that was something rare and different at the time... and Youthquake is a great album, all the way through. It was my introduction to alternative music in the 80s, dark dance music... so that's noteworthy. Many years later when I was trying to become a singer, Pete was a point of reference for me because he could rock the deep growl... most singers, I can't emulate because my range is too low, but Pete Burns (and later Peter Murphy) made me think I had a chance...

3. THE CULT - Love
I literally heard this coming out the window of my neighbour's house and listened for a while before I yelled up and asked him what it was! He was kind enough to loan me the vinyl so I could tape it, and I listened to that cassette until it wore out. I would say this record is still in my top 10. Ian Astbury's voice blending Jim Morrison and Aretha Franklin... Duffy's guitar that is so crystal clear and precise, full-on rock but so controlled... and lyrically, Ian wrestles with demons all the way through, and isn't afraid to end on a dark note. I was about 14 when I heard it so, you know, that had a big impact.

4. DAVID BOWIE - The rise and fall of Ziggy Stardust.
5. ELGAR - Enigma Variations (London Philharmonic, conducted by Sir Adrian Boult)
I need to talk about these two together because they basically got me through the worst depression of my life. End of first year of university, dumped by my long-term girl, fired from my summer job, far away from any of my close friends, no money to spend, and feeling like a failed human being... I'd put one of these records on the turntable, pull the covers up, and find the solace at the end of a shitty day. They both were massive sources of comfort in a rough time. Ziggy, for its pure escapist joy and the real sonic warmth in the way it was recorded. And Elgar for the creative genius popping out of every melody and the multiple ways in which his knots tied together. Those records felt like all I had at the time... maybe I'm still here because of them.

6. KARL MOHR AUDIO-YO - The Heck
Moving forward a couple of years... I had known Karl in passing at music school. He had transferred out to a different school in another city and we weren't in touch, and then I happened to find this CD at a record shop. Great record, diverse dark techno, very inventive writing... it has a relentless energy that pushes all the way through. It's still one of my favourite records by him. It prompted me to get back in touch with him, which eventually led to us collaborating on his music and then much later on mine with Double Eyelid, becoming best friends along the way... this record changed my life in more ways than one.

7. ANDI SEX GANG - Inventing New Destruction
Have to include something by Andi because he's made so much music that has had an influence. This is one of his best and at the same time one of his strangest. You know how there are some works of art that basically hold you hostage? Torture you and then let it up once in awhile with something breathtakingly beautiful? And in the end you're not sure if it's great art or if you're just suffering from a bad case of Stockholm Syndrome? There are a number of films I would put in this category but this is the only record I would describe that way. The first four minutes is incredibly harsh but strangely compelling... it's like he's daring you to give up on it before it even starts. Then finally a melody comes through, like a little life raft to hang on to... then a minute later it's gone again, and you wait until the next one... again and again... and ultimately there's just enough to keep you hanging on all the way through, it's a wild ride. But this is just one record in a career that continues to inspire me.

8. ROZZ WILLIAMS - Accept the Gift of Sin
Rozz is a big influence and this album had an impact on me in terms of making me think about what defines success vs. failure as an artist. This is a live album, from a show in 1996, and by all accounts the gig was a disaster. He pissed off the promoter by draping himself in a Nazi flag for 'Tomorrow Belongs to Me', and lost most of the audience by including just two Christian Death songs and going for a more 'cabaret' vibe for the rest of the set. The show in fact was cut short by the promoter, who disavowed the whole fiasco from the stage and refused to pay Rozz at the end of the night. Yet here we are... 20 years later I'm listening to it, thinking about it and writing about it - the performance stands up. But at the time he probably felt like he was screaming into the void. Every artist needs to listen to this record, read the accounts of the gig from people who were there and take this to heart: do what Rozz did and sing for the person who will hear the recording 20 years later

9. THE SCARLET FEVER -The Scarlet Fever
When Double Eyelid started I was thinking about covering Dream Home Heartache by Roxy Music... it summed up the vibe I was going for initially. But it's an iconic song, so I wanted to check out other cover versions of it first and then decide if one more was really necessary. That's how I found this record... and I was so blown away by the samples I heard that I bought a download of the whole album. The singer's voice was gender-bending, hyper-dramatic and other-worldly... the music was this strange mix of glam, goth and Pink Floyd-style guitar breaks... the songwriting was brilliant, the mood was all sex, drugs, and decadence - right up my alley... I thought they had to be from Europe, what an amazing discovery! After listening to the record for a week or so, I finally googled them... to find out they were from Toronto. What the hell?! And they weren't big stars or anything, so I reached out via myspace and said hi - sent them a couple of weird live clips. The singer, Jay, replied to my message with a couple of astute comments on the clips, then suggested we do a gig together... this led to us becoming good friends, a couple of shows together and Jay singing backup on 'She's Falling' as well as another recording together that will probably see the light of day soon... not to mention Karl helping them take the mix for their second album over the top... today, Jay is still one of the few people in the Toronto scene who truly understands Double Eyelid... and The Scarlet Fever are going stronger than ever, so I'd say this was a life-changing album, for all of us...

10. ESCARLATINA OBSESSIVA - Drusba
This is currently my favourite album and I'm calling it the best album of 2016, no competition. Simply put - it's the best new goth/post-punk record I've heard in many years. Reminiscent of Siouxsie and the Banshees, but better somehow. Richly satisfying songwriting and performance. It doesn't get better than this. When so many of the new 'goth' bands today seem happy to work from a pre-defined template that hasn't changed since 1987, it's good to hear a band that's actually pushing what you can do when it comes to writing a song. Major kudos to this band from Brazil, they are my heroes in the scene right now. 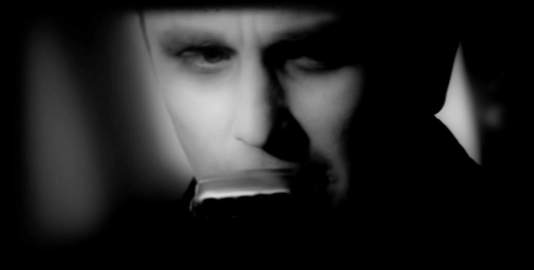 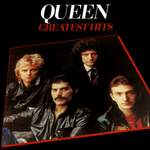 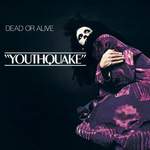 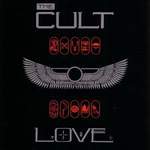 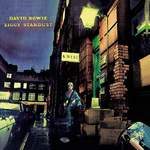 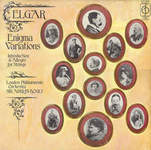 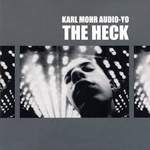 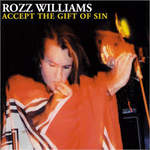 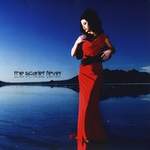 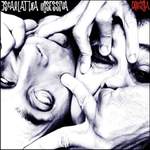