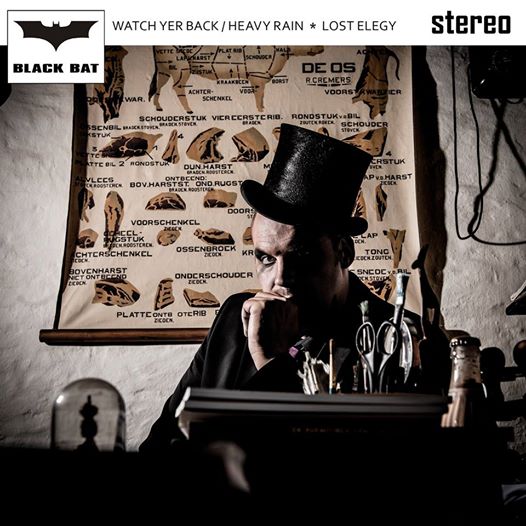 A new side project from the front man of the Northern Sadness band (Koen De Brabander) is born. This CD-single with the tracks ' Watch Yer Back' and ' Heavy Rain' is very promising. I think that some inspiration was found in bands like Project Pitchfork, Diary Of Dreams or another Belgian band: The Arch.

The songs are a kind of crossover between electronics , guitars, and melodic tunes. Koen's dark Nick Cave-like voice fits perfectly with these tunes. 'Watch Yer Back' is slowly build up, with great basslines by Sam Claeys (ex Red Zebra), and some nice female backing vocals by Berth Van Poucke. This melancholic track is deep and powerful and can even give you goosebumps.

'Heavy Rain', opens with some scary voices from Martin Bowes (yes indeed, the Attrition man! ) who influenced many electronic bands, followed by some slow but moving piano tunes from Eric Baert and nice backings from Sofie Vannoote, once again a nice touching song from this Bruges-based artists.

So all in all this can count as a debut single, it’s all very promising and we hope to hear some more in the near future.