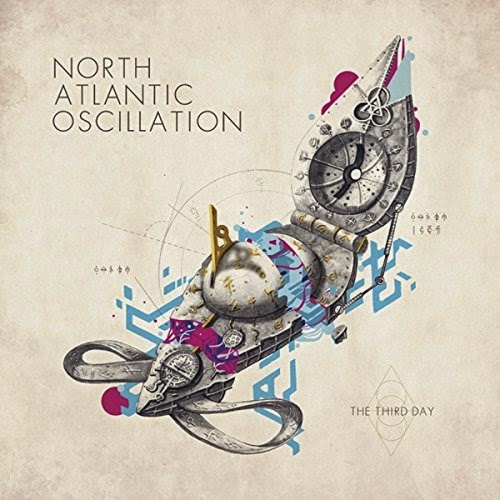 Easier on the ears than The Twilight Sad, less moody than Mogwai, Edinburgh's North Sea Oscillation do possess a certain similarity to their peers - constant comparisons and inclusion within the current post-progressive scene. While there are a few lengthy instrumental passages throughout The Third Day (coincidentally, their third full-length album), there are also a few memorable songs to speak of.

So potentially, NAO have all bases covered. Lovers of wide-eyed melodic instrumentals will fall in love with Penrose, aficionados of big epic drums will be eyeing up Do Something Useful and patrons of reflective grown-up indie-rock/post-rock will nod appreciatively at the busy Wires. Outsiders might struggle to court North Sea Oscillation's frequent key-changes and off-kilter time-signatures at first listen, a pity when you consider this as the band's most straightforward album.

Previously compared to other psychedelic experimentalists such as The Beta Band, tracks like Dust and Elsewhere only serve to strengthen the argument, while elements of Pink Floyd and Marillion rear their heads on When To Stop and Do Something Useful, making the album something of a contemporary trip back in time. August is perhaps the most likely to be extracted as a single or a BBC 6 Music-friendly playlist inclusion. All told, The Third Day is really rather moreish.