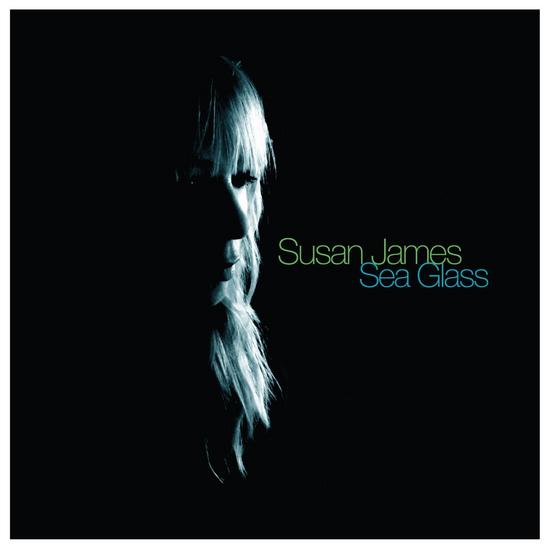 Six albums in and by now you'd half expect the talented Ms James to have been building her third swimming pool in her back garden. Strangely, given the recent onslaught of female pop talent around at the moment - the Loneladys, Jane Weavers and Julia Holters of this world - Susan James' hybrid of acoustic psychedelia has gone unnoticed. Perhaps that's the problem (if indeed it is a problem) - understated doesn't get airplay anymore.

The late Mary Hensen of Stereolab can be thanked for the collaboration on here between James and High Llamas and erstwhile Microdisney lynchpin Sean O'Hagan - they met through Hensen while on vocal duties on a Llamas album or two. On Sea Glass, O'Hagan returns the favour by arranging some weepy unobtrusive strings and contributing various instrumental passages throughout this likeable set.

Musically not far away from Stereolab or Beth Orton, James' quietly assured vocals are carried along by a full band mixing harpsichords, violins, drums and retro keyboards (I'm a sucker for a Rhodes, me) into ballads like the woozy Hey Julianne and opener Poseidon's Daughter and breezy top-down pop such as Calico Valley and Tell Me, Cosmo. All of which works a treat with no two songs resembling each other and quirky chord-changes abound.

The second-half of the album loses sight of its own direction somewhat but Sea Glass comes back to life by the time the oblique Army Dreamers-stylings of Last Song flood your ears. The instrumental Oddysea 1201 is way too short and acts merely as a short prelude to the folksy title-track, while star of the show Awful Lot really ought to be hogging the airwaves right now.