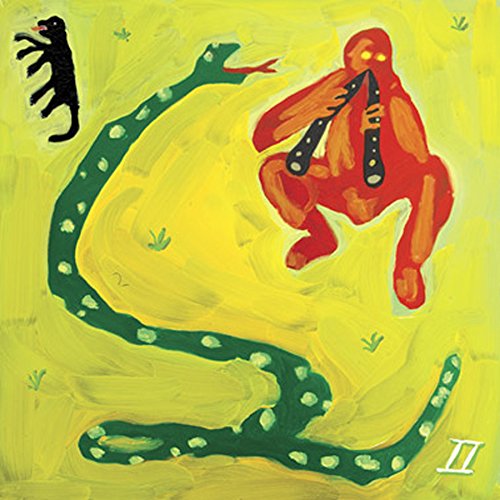 Previous outings from L.A. oddballs Wand have been prolific to the point of confusion. 2014's Ganglion Reef pitched high with squalling guitar and ravaged psychedelia, spring 2015 saw a different label unleash the intense Golem onto an unsuspecting world and now we have a third album in a little over twelve months. Surely saturation point approacheth?

Well if 1000 Days is anything to judge by, Wand are set to be as revered as the not dissimilar Hookworms, Ty Segall or early Tame Impala. It's all about the fuzz, you see. Oh and the reverb, woozy Farfisas and the heads-down, no-nonsense fun into the bargain.

Grave Robber is all kaleidoscopic keyboards and gut-pummelling riffing, dressed up in kaftans and one of this year's great album openers. And it doesn't stop there. Despite its funereal pace, Broken Sun morphs into a glorious head-trip replete with its euphoric druggy psychosis and into-orbit fretwork, while the hippy Paintings Are Dead positively sparkles like Moon Duo romping with Dukes of Stratosphear (look 'em up). Hell, you even get to air-guitar a little with Dungeon Dropper, all two minutes fifteen seconds of its bonkers life.

Lower Order is a grisly but gripping rock out that takes few prisoners, before being soundly upstaged by the albums pivotal centrepiece Sleepy Dog - it's those crazy keyboards again, sounding like wasps in a string quartet and mangling your mind cells. Stolen Footsteps sounds like Gary Numan if he joined 13th Floor Elevators for a jam.
A few elements of 1000 Days grate a little but minor quibbles aside, Wand have created an album that ought to jettison them out of the underground and into the spotlight - quality stuff.