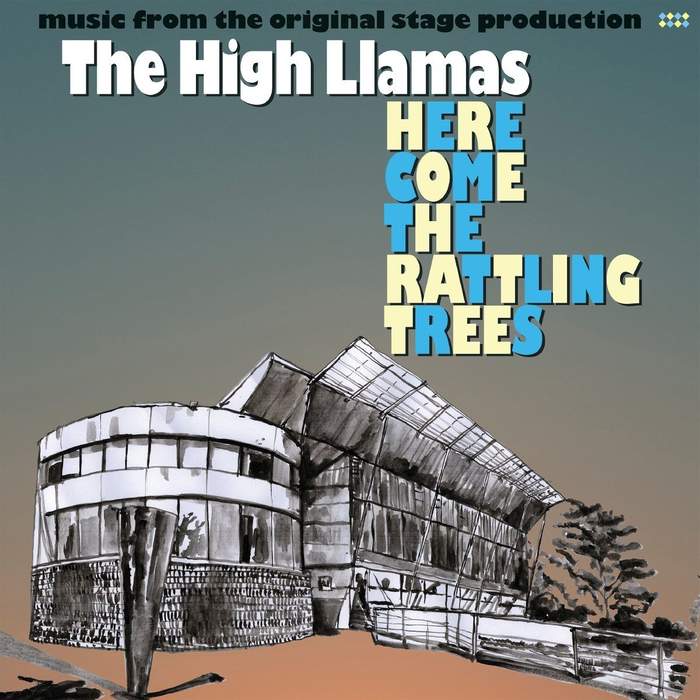 Written for the stage production of the same name, Here Come The Rattling Trees is as relatively and musically unassuming as its subject matter. Set in Peckham, Sean O'Hagan's tale of a travel-hungry resident (Amy) who stumbles across five other locals who share stories of 'hopes, ambitions and disappointments'.

The languid loungecore soundtrack recalls Roy Budd or the less tribal facet of Les Baxter's downbeat exotica, KPM library extracts and even Saint Etienne's Tales from Turnpike House, occasionally graced with O'Hagan's softly-softly vocals making the whole experience something akin to a woozy walk through a city heatwave. It's a fairly gentled affair - McKain James is perhaps the nearest thing to an out-and-out pop-song, while the title-track wouldn't sound amiss on any one of The High Llamas past few long-player outings.

Closing track Jackie sounds like a Momus out-take, a strange discordant little vignette that oozes dissonance and pangs of small town sadness. Except that this is Peckham, the new regenerated Peckham that nowadays boasts tidy estate agents and quinoa-coloured cafe frontage alongside the traditions of old. Here Come the Rattling Trees is a mini kitchen-sink drama that passes muster but probably makes more sense with visual references and some dialogue.