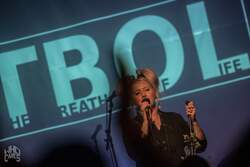 'No, I never considered quitting making music. Nor to taste good special beers.'

This year, The Breath Of Life is blowing out 35 candles. And they are releasing a new CD. 'Sparks Around Us' already contains 11 gems, and we can say that this tenth CD is a continuation of the previous albums, under which we do not count any slips or weaker albums. The album comes out at a surprising moment, in full lockdown. It didn't stop us from talking to The Breath Of Life about their career and their latest offspring.

The Breath Of Life has been around for 35 years now. What made that longevity possible? 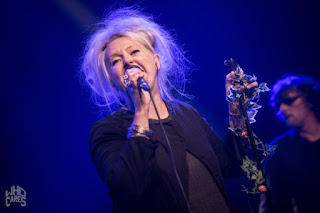 Phil (guitar): We've been meeting weekly at rehearsals for so many years that it's an integral part of our lives. Everything is of course a bit confused at the moment, but we hope to get back to it soon. And as long as the public seems to like our records, it is a sign that we are not done yet. I also believe that the fact that we don't try to repeat ourselves from record to record gives us the opportunity to keep the fire and motivation to make new songs.

During those long years, have you never thought of quitting?

Phil: I personally did take a few years' hiatus and came back for the previous record 'Under The Falling Stars'. I did not participate in two of the ten records. After 15 years in the band, I had the opportunity to take on nice challenges abroad with my work on the one hand and on the other hand a feeling of not knowing anymore in which direction the band should go at that moment, in 2000. But when I heard that Isabelle was starting to love nice beers, I couldn't resist returning to share them with her. My return was quite a challenge for both myself and the band, and I dare to think that it finally gave us a new impetus. We still play today with three of the four original members.

Isabelle (vocals): For me, rehearsing every week is a bit of a flight, a break that gives me energy and gives me the opportunity to connect with different emotions. I don't feel like I have reached the end of the journey, and as long as I continue to enjoy singing and composing, I will keep on enjoying these happy moments. No, I never considered quitting making music. Nor to taste good special beers.

The Breath Of Life is one of those bands with a consistent quality. You have never made a bad CD. Are you very aware of the need for quality when working on a new record? 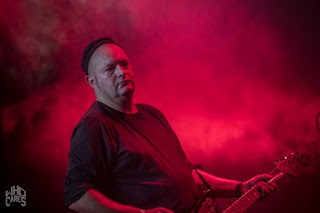 Phil: Thank you, thank you. This should be communicated to the whole world! The most important thing for us is to make records that are not a copy / paste of the previous record or records. Apart from that, everything happens quite naturally and we have followed the same approach since the early days. One of the musicians comes up with a basic idea that we all work on together during our rehearsals. In this way we make a rough structure of the songs. If it works out, I make arrangements at home with the computer, and we test it out in the next rehearsal. We may make changes from rehearsal to rehearsal. For the final recording we will record everything ourselves and Gilles Martin will contribute with the mixing and mastering. That then gives what you eventually hear.

'Sparks Around Us' does indeed contain some blinding sparkles. The title is well chosen. How did you come to this title?

Isabelle: 'Sparks Around Us' represents a multitude of sparkles that I believe can heal us from our afflictions, bring well-being, energy, change… Little things that allow us to move on.

Isabelle, I have noticed that the characters in your lyrics are always feminine. Is that a premeditated choice, a conscious statement in a rock world that is still predominantly male, or is it more of a coincidence?

Isabelle: The heroines in my lyrics are mainly feminine because that's how I know them best. It's more natural and easier for me to talk about women's feelings and the world in which they live. 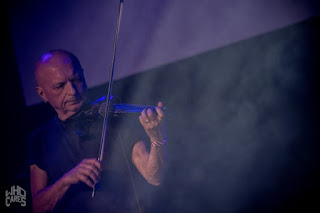 During our last interview, you told us that the song 'Black Out' on your previous CD 'Under The Falling Stars' referred to Malala Yousufzai, the Afghan girl who survived an attack by the Taliban. Are there any such references on the new record?

Isabelle: For the song 'My Run Away Call' I was inspired by the touching story of Sheikha Latifa, the princess from the United Arab Emirates who has been untraceable since she tried to flee her country from abuse and was deprived of her freedom. I wrote the song after seeing her video announcing her flight.

The CD will be released in full corona lockdown. There are no concerts planned, and that also means that fewer records will be sold… Why have you decided to release the record now?

Phil: It is indeed not such an easy period, but you can also imagine that when everything goes back to normal, there will be lots of records coming out and you will drown in the mass. The songs were ready and we decided that not even covid would stop us. Of course we will feel this in the sales figures, because we sell a lot during concerts. And now we have nothing on our agenda until the Gibus in Paris in July 2021. We hope that the public will understand and will order the record through Wool-E Discs for the physical version, and through bandcamp for the digital version. I'd rather not talk about Spotify, which is important to be listened to, but which makes things very difficult financially for independent bands because they don't help them out of the costs. I think I can put it that way. 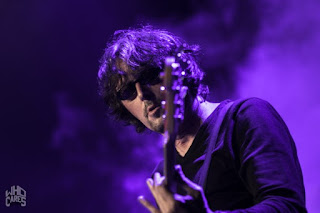 On the other hand, you have used the lockdown to release some remarkable covers from the likes of David Bowie and The Sound. And you also gave an online concert in the lockdown. How do you evaluate these experiences?

Phil: It was very special because, for the covers, we had to do everything without meeting each other. It was done by communication between us via email and digital transfers. We are very happy with the result. The concert was proposed to us by a local DJ. We were a bit hesitant at first because playing without an audience seemed rather strange to us, but we still agreed. There were some difficulties with the organization, but we enjoyed playing together in person.

I am a huge fan of Lacrimosa. You released your records on their Hall Of Sermon label for a few years. How have contacts been with Tilo Wolff and Anne Nurmi from Lacrimosa?

Phil: I believe that, as far as I know, the label is not that active anymore. I have not had contact with them for years.

Isabelle: I think it has been a big boost in visibility for the band, because we got the chance to play first and foremost in beautiful halls and at big festivals in Germany, and then also in Europe. In general, the collaboration went well. But it was and is always important for us to keep control over our music and our image. 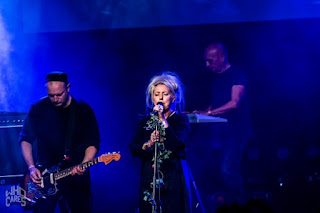 The goth scene in Belgium has failed to rejuvenate. She still produces a lot of good music, but for the audience, you have to look in the higher age categories. Is this a problem for you?

Phil: I totally agree. For example, I went to see Whispering Sons in Charleroi before the whole covid thing. And although this band is quite young, there were only people of our age in the audience. It is indeed a small problem because if older people still buy records, they don't go to concerts that much, especially in clubs or smaller venues. I can't blame them. I go out less than when I was 25 myself. Fortunately for my physical health.