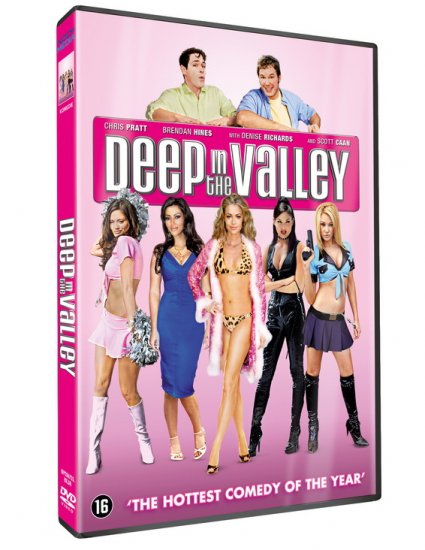 Deep In The Valley

When I got this dvd in my hands, I really feared the worst. The cover was like some sign that advised me that Deep In The Valley was a film to avoid. Mind you, this picture by Christian Forte (the only one he made) is far from being good, but at least it has some good gags.

We admit it, this is not exactly the smartest film you'll find. The story (if there is one) is even quite dumb, but for some reason this picture reminded us a bit of of Bill & Ted's Excellent Adventure, but added with terrible barbiedolls with fake boobs. Don't be mislead by the fact that this movie features bimbo Denise Richards (Wild Things remember?) as her role is the least sexy of 'em all.

Those who are in for a mixture of Clerks and American Pïe (but sadly enough with bad acting as well) will like this. You'll forget the movie the day after, that's for sure, but you'll laugh with some situations these boys are in.

The movie is now released by Koch Media and is available at midprice.