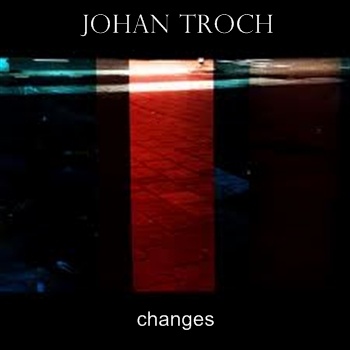 I never heard the name of Johan Troch before, but nontheless has this Belgian ambient-soundtrack artist released four albums so far. He recently worked with Pieter Nooten (the ex-bandmember from Clan Of Xymox who is responsible for most of the tracks on Medusa) on his latest album Haven.

Changes is the latest album by Johan.It features fourteen songs and the titles says enough about the spirit of his music; Maginificent Earth, A New Day or Le Monde Est Ici are signs that we're dealing with a real daydreamer. All tracks are instrumental and the cosmic electronic songs have one thing in common: they are all created to put you on some imaginery clouds. Most of the tracks are having the length of a perfect popsong (so that's three minutes), so you don't have to fear that it'll be too experimental. There are also some nice droneguitars included which are of course influenced by Mr. Eno. And yes, there's a bit of a Pieter Nooten-touch in it as well.

The most beautiful thing is that you can discover this album for free. Just click here and you'll be directed to the spacey poppy atmospheres of Johan. Do it, if you care about new (free) sounds.