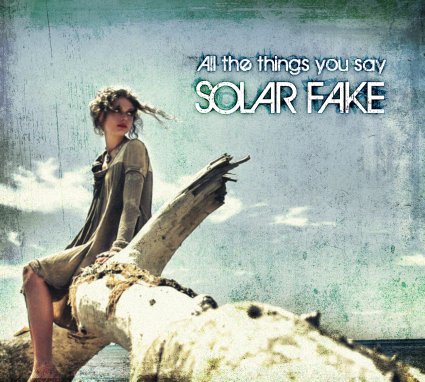 All The Things You Say

Solar Fake is back with a brand new EP. This band is fronted by Sven Friedrich who was in successful bands like Dreadful Shadows and Zeraphine. This new CD single is an appetizer for their new upcoming album Another Manic Episode (and oh, how we like the title of that!) The gothrock sound that was typical for Sven’s previous bands is definitely somewhere around, but Solar Fake is something totally different though.

Opener Forgotten Tears immediately sets the tone by combining Eurobeats with Suicide Commando-like harsh vocals. Play it twice and it is locked inside your head, simple as that!

Next one is the real single track All The Things You Say. Again the beats are futurepopesque, but the melancholic vocals make it feel like the best VNV Nation has to offer, and that’s something like Standing, not?

As usual you get two remixes. There is one by Lord Of The Lost, and of course this remix contains more heavy guitars, and is something for clubs that like their stuff a bit more heavy. Secondly there’s one by Rotersand, which has a more chill out sound, and in a way I was thinking of Biosphere. So, not so bad after all.

The closing track is an acoustic version of The Pages. A song like that might be a great contrast with the other 4 tracks, but the Nick Cave-like ballad shows that Solar Fake have more to offer than just the usual beats.

This EP is released as a maxi-CD, but you better hurry as it is limited to 777 copies.