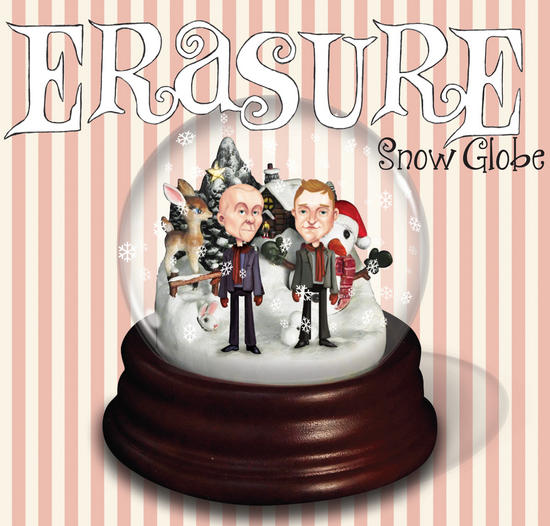 In all honesty, I hate Christmas. Nah, you can’t blame the trees or even Santa Claus, but still I consider this cosy feast more as a hypocrite gathering. We’re one big family, even if some nations keep on bombing cities, you know… And then there’s that other awful thing named Christmas music! I’m surely not the first person who starts to puke once he hears the tune of Jingle Bells (yeah, it’s that bad). So no, apart from Spectra*Paris and a 7”inch by Bowie and Crosby I have no Christmas sounds at home.

At least that was, as now there’s a Christmas album made by Erasure. I always loved the synthpop from Andy Bell and Vince Clarke. In a way I always thought that they were destinated to be as big as Depeche Mode but who never got that chance, if you get my point. Just like Gahan’s band, Erasure love to take risk…just remember the ABBA-tribute. And after their latest album Tomorrow’s World which brought them back to the public eye, they take another step in the unknown by unleashing their Christmas album. It’s a mixture from seasonal classics (so yes you’ll hear Silent Night) with some own compositions.

The result varies from quite stupid till quite genius. So in a way, it’s a half good album and as you can guess you’ll have that when you skip those traditionals. I guess we can classify this album as quite bizarre.