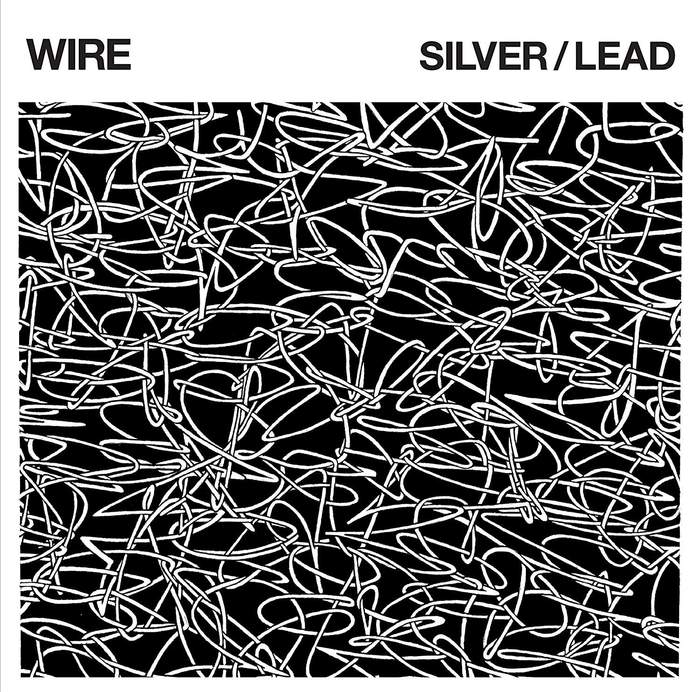 Four decades on from their original formation and Wire are showing little sign of letting up with Silver/Lead, their 16th album in forty years - it's as gnarly, erudite and edgy as you'd expect from a bunch of sixty-somethings with nothing to prove. Not for them an anniversary tour of landmark album Pink Flag - 2017 is all about releasing their third album in as many years and continuing the standards already set.

Silver/Lead doesn't differ a great deal from the preceding Nocturnal Koreans, nor its self-titled parent long-player, or Red Barked Tree etc., but it does boast a few more pop anthems in the style of their acclaimed '80s Mute period. Head to Diamonds in Cups and Forever and a Day and you're reminded of The Ideal Copy or A Bell Is a Cup, while the opening Playing Harp for the Fishes recalls elements of Manscape or The Drill.

The great thing about Wire in their 21st-Century ascendency is composition - nothing on Silver/Lead is below par. Every song and melody has been seemingly crafted with love, attention to detail and very little self-indulgence. Short Elevated Period is terrific, reminiscent of the title-track of the Nocturnal Koreans album (which was, if you remember, an outtakes companion to its predecessor), a heads-down no-nonsense neck-snapper in the best Wire tradition.

The band also successfully 'do' slow, hypnotic and reflective - Brio and Sonic Lens might not brim with the most tangible of choruses but their melodic subtleties triumph without being bolshy or aggressive. Perhaps the most chilled-out song is the really rather pretty Sleep on the Wing which has layers and layers of guitar, jazz-tinged drumming and the merest hint of psychedelia - if you're tempted to put a single out, do this one.