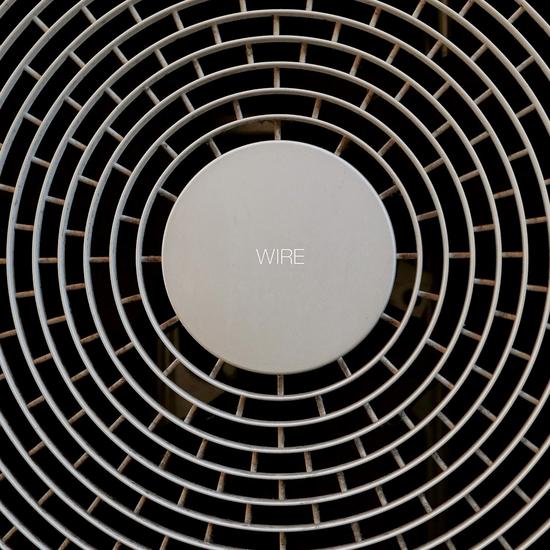 Formed nearly 40 years ago, it's a testament to Wire's spirit that album number fourteen still translates their quirky spiky oeuvre into something really quite palatable - in short, they're getting better and better in their later age. Even more impressive when you learn that this is their first Top 75 album since 1979's 154.

Coming roughly eighteen months after its predecessor 2013's Change Becomes Us, Wire encompasses most of the best bits from a career that started life on Harvest (edgy art-punk), continued on Mute (lustrous industrial electro-pop) and ended up on their own Pink Flag (left-field power-rock). Ever the social commentators, Blogging kicks off the album with a somewhat snarky observation on current online trends while Wire's very attitude towards self-promotion is to be applauded if doing very little earns them enough sales to fund another tour. Let's hope this is a continuing theme.

Colin Newman's slightly hushed English vocals grace every cracking song, one after the other, without seemingly breaking sweat or deviating from a well-worn path. In fact the only songs to crack the mould in any way are the longest. Sleep-walking ploughs its somnambulist furrow with a certain degree of menace and the resplendent curtain-call Harpooned is quite possibly their finest epic since Over Theirs or Boiling Boy. New guitarist Matthew Simms has seen to it that venue sound-systems will need to be toughened up before this track gives them a toeing and there's some admirable drumming from Robert Grey to drive the whole thing home to a satisfying, ear-bleeding, conclusion. If Mogwai wanted to make pop, they might consider emulating the wall of sound that Wire have spawned here.

I make that a prolific period for Wire during this century with this self-titled collection being the pick of the bunch, just ahead of Object 47.