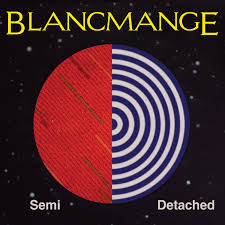 In the absence of musical lynchpin Stephen Luscombe due to illness, the enviable legacy of one of the UK's quirkiest and likeable synth-duos from the '80s is now a sole platform for Neil Arthur. What could have been a hit-and-miss affair like his only 'proper' solo outing in the '90s (the album Suitcase) turns out to be a bit of a belter. The epic The Fall is an ambitious introduction to what is essentially a straightforward synth-pop album straight off the bat - at eight minutes long, it threatens to deter casual listeners but ends up being the foundation for the rest of the album to rest on. Arthur's ear for a natty cover conjures up the magical take on Can't I Want More, while humour abounds on Bloody Hell Fire, Acid and Useless. For a toe-tapping head-nodders, you could do worse than check out Paddington or head to the second disc of extras for a whole feast of extended mixes done in the style of the eighties - Silk Sea is a bit special and ought to have been on the main album. Perhaps the only disappointments here are the rather tame downbeat reading of Chic's I Want Your Love, which demands hip-wiggling rather than a hip operation, and a couple of the mid-album stragglers. Otherwise and mercifully, Blancmange haven't got set in their ways.