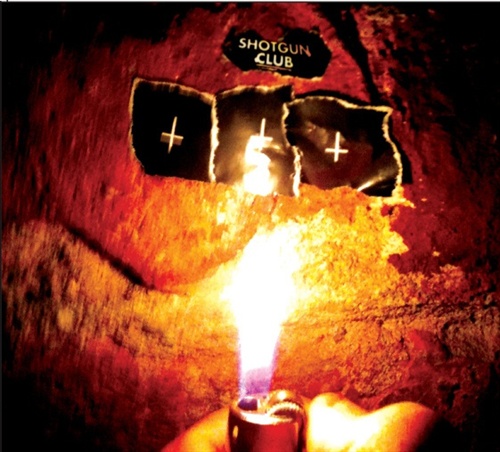 Love under the gun

Stupido Records is a quite well known Finnish label that specializes, in what can be best described as, minimal post-punk. That information can't be supplied on the internet, but the information that can be found online, is written in Finnish and so far there are no Peek-A-Boo reviewers who speak Finnish, at least not that I know of.

Never judge an album by its first track, as opener "Flight Of Fear" sounds like some dirty blues rock coming straight out of an album by The Gun Club, but as soon as the next track "Casino" starts we hear something like a beat. Not a discobeat and if it’s one, than it’s a dirty disco-one (ha!) similar to Section 25, as this kind of track would fit well on “Always now”.

More postpunk-riffs are to be heard in "Late Spring" while "Play Dead" contains a typical Suicide-riff, not even mentioning that we expect, every minute, to be confronted with the ghost of Ian Curtis in "Black Hills".

You see, we can compare every track with something else and at first sight it might give the impression that this Finnish band is a bit of a faceless one, but they’re not: they just have a great taste in music, that’s all!

"Love Under The Gun" might reveal a bit too much its origins grip onto you. Still a very fine post punk release from the underground nontheless!