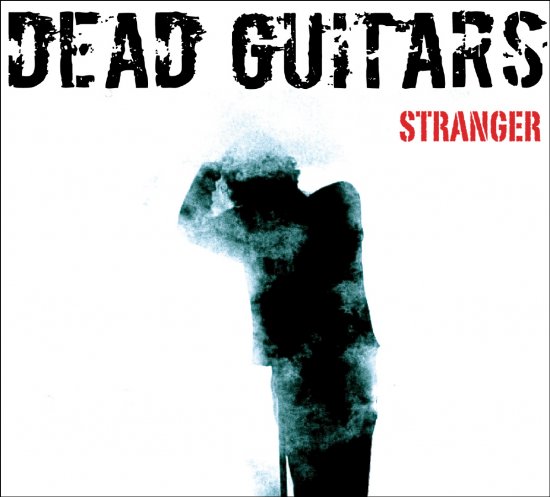 Have you ever heard of Carlo Van Putten? Those who have are already in the middle of this review as they need no introduction but sadly enough for most of the world, he's an unknown stranger. Bizarre, as among musicians he's more than well respected. Not only was he mates with Adrian Borland but he also teamed up with artists like Mark Burgess and Marty-Wilson Piper from The Church.

A few months after the epic live album from his other band (White Rose Transmission which he formed with Borland), Carlo presents the newest album from Dead Guitars. It's no wonder that this band is amongst Wayne Hussey's favorites. The band that were again special guests on the last tour by The Mission indeed deliver a wave-goth-rock-sound that is undoubtedly inspired by the 80's but still has a very contemporary sound as well.

Apart from the wave-guitars (for instance "Along the great divide" and "Chrome like splinters" are graced with guitars that seem to come straight from a Cocteau Twins-album) their moody gothic rock is also characterised by Carlo's melancholic voice.

We're sure the band will take this as a compliment but not only does "Mesmerized" sound like an 80's classic, the song itself feels like the best track The Sound has never written, while instrumental "Stranger" is a shoegaze-gem of the highest order.

Just like with his latest stuff with White Rose Transmission, you hear a bit of an Americana-influence but whatever genre you may stick on them, the core of this review is quite clear: essential stuff!