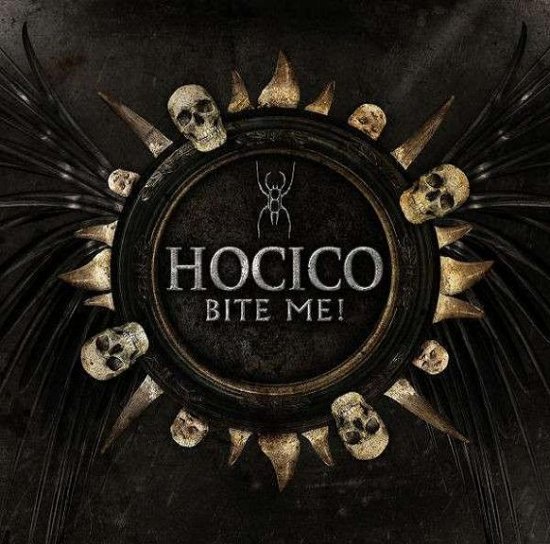 Hocico are indeed the kind of band that never goes away and the reason's quite clear: there are a lot of clones around but in the end this Mexican duo are the real thing.

From their "Tiempos de Furio" which was released last year, comes the new single "Bite Me".

This EP features five tracks, including three remixes and even if we're not that keen on hearing a particular song over and over, we must tell you that they are different versions, in particular the Rotersand-remix makes us see Hocico through industrial eyes.

The remix by Chrom gives us the Hocico we've know for some years but they're not afraid to add some club beats to the harsh sound.

The two remaining tracks are more than just some fillers. No surprises when hearing "Silence Is The Death" as this is typical Hocico-style, but "Embraced By The Light" must be, in contradiction to its title, the darkest song we've heard from our fave Mexican duo in ages!

Hocico have proved with their appearances at several festivals this summer, that they haven't finished their song. They might have broadened their horizons by embracing club people but there's still only one Hocico!